The recent shoot-out in Azerbaijan between the ethnic Armenians and Azerbaijani forces brought yet another round of casualties, psychological trauma and property destruction. As sudden and severe as it was, the event sent its shock waves all over the Caucasus region and well beyond.

Is the Caucasus receiving the ‘residual heat’ from the boiling MENA? Is this a next Syria? Is a grand accommodation pacific scenario possible? Or will it be more realistic that the South Caucasus ends up violently torn apart by the grand compensation that affects all from Afghanistan up to the EU-Turkey deal?

Most observers would fully agree that for such (frozen) conflicts like this between Azerbaijan and Armenia, mediation and dialogue across the conflict cycle have no alternative. Further on, most would agree that the OSCE (Organization for Security and Cooperation in Europe) with its Minsk Group remains both the best suited FORA as well as the only international body mandated for the resolution of the conflict.

However, one cannot escape the feeling that despite more than 20 years of negotiations, this conflict remains unresolved. What is the extent of the OSCE failure to effectively utilize existing conflict resolution and post-conflict rehabilitation tools?

The very mandate of the Co-Chairmen of the OSCE Minsk Group is based on CSCE Budapest Summit document of 1994, which tasks them to conduct speedy negotiations for the conclusion of a political agreement on the cessation of the armed conflict, the implementation of which will eliminate major consequences of the conflict and permit the convening of the Minsk Conference. In Budapest, the participating States have reconfirmed their commitment to the relevant Resolutions of the United Nations Security Council and underlined that the co-Chairmen should be guided in all their negotiating efforts by the OSCE principles and agreed mandate, and should be accountable to its Chairmanship and the Permanent Council (PC).

Nevertheless, as it emerged from this sudden eruption of violence in the region in late March/early April of 2016, the OSCE and its Minsk Group have been side-stepped from the settlement process. Why?

Over the years, the role of the OSCE and its participating States, including those that are members of the Minsk Group, has been limited to extending formal support to the activities of the Co-chairmen. It gradually led to change the conflict resolution process into conflict containment activities as reflected in artificial and out-of-mandate prioritization of tasks of the co-Chairmen to focus on prevention of escalation rather than lasting solution, and interference with the activities of other international organizations wishing to contribute to the true and comprehensive settlement of the conflict.

In parallel, one may observe rather selective approaches by some OSCE Member States and regional groupings to the principles with regard to the protracted conflicts in the OSCE area.

As an ending result, the Organization as such lost its control over the process. Such a lack of control over the activities led to negligence to inherent balance and inter-linkage between the principles of the most fundamental Security structure of Europe achieved ever – the Helsinki Final Act. It is rather dangerous and counterproductive to equalize the principles of non-use of force against the territorial integrity of political independence of the States, territorial integrity and equal rights and self-determination of peoples, which some publicly present as a basis for a settlement. Misinterpretation is evident even in naming of these principles.

These voices claim that there is no hierarchy among the above mentioned principles and that these elements should be observed and applied independently of each other. In fact, such a voluntary interpretation of the principles is in direct contradiction to the letter and very spirit of the Helsinki Decalogue and its Final Act, which in seven out of ten principles places strong emphasis on the necessity to fully respect internationally recognized borders of states and their territorial integrity against any attempt of forceful acquisition of territories or change of borders, and (one-sided) application of self-determination.

Such a deviation from the agreed character of the principles unfortunately provided Armenia with a card blanche to justify its territorial claims against Azerbaijan, consolidate the status-quo and made the process of settlement dependent on whims of the Armenian side.

Several FORAs (incl. the OSCE mechanisms) openly claim that they have no responsibility for the conflict resolution, and that the parties need to demonstrate political will and to make necessary compromises (‘no way to exert pressure on the sides’ and ‘we can only be a communication channel between the two conflicting parties’ lines of usual rhetoric).

In the meantime, Armenia keeps holding a premium over the internationally recognized territories of Azerbaijan, which it continues to occupy. Clearly, that ‘process’ is far away from OSCE principles and commitments, and will dangerously backfire elsewhere in Europe.

Unless we want another Syria, and yet Europe entirely enveloped by the insecure neighbourhood all the way from Mediterranean to Caucasus, we need a tremendous progress in the settlement of the conflict. Over last years, most of conflict resolution-potent initiatives have been blocked in the OSCE. Discussion on the conflict has been turned into a taboo within the OSCE, even when the informal discussions are in question – and so, not only when Caucasus was in case.

If we want to revive this particular process and return it from a de facto conflict containment back on track to the conflict resolution process, the following steps for Caucasus are needed:

This would be the best way to reinvigorate the OSCE’s relevance in mediation efforts and create an environment in which the OSCE as an organization can play a meaningful role applying its existing tools – all for the lasting benefits of the peoples and nations of Caucasus. The OSCE area should be what is meant to be – the area of security and stability. Stubbornness and irrational pride should never be an obstacle to this higher end.

Photo: Eriwan, the capital of Armenia. 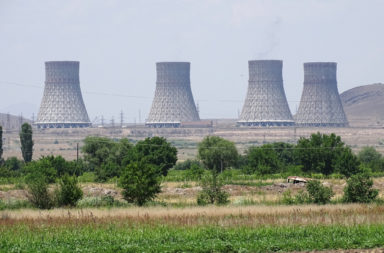 What Area is Next for a Nuclear Face-Off? 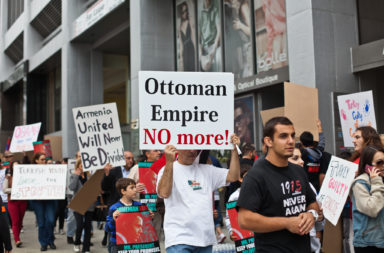 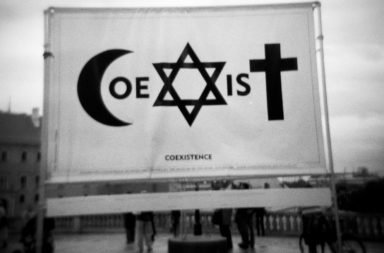 WHY RELIGIOUS LEADERS MUST FIGHT FUNDAMENTALISM