What a splendid idea: The International Olympic Committee has announced that a team of refugees will be competing at the Rio 2016 games, which last from the 5th to the 21st of August. Thanks IOC- after all these scandals!

Rose Nathike Lokonyen (pictured above) arrived at the games all smiles. She is from South Sudan originally and will be competing in middle distance running. She did the honor of bearing the team’s flag at the Opening Ceremony.

The team also includes swimmer Yusra Mardini from Syria, and Yolande Bukasa Mabika from DR Congo who will compete in judo.

The International Olympic Committee says that “The invention of this refugee team is to give them a home in the Olympic village together with all the athletes around the world….It can send a symbol of hope for all refugees in the world and can send a signal to the international community that refugees are our fellow human beings and are an enrichment to society.” 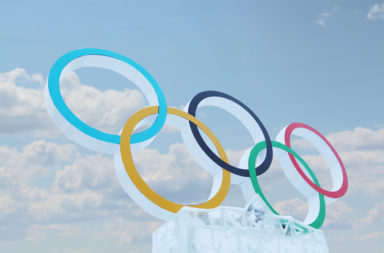