Turkey has issued warrants for the arrest and detention of 42 journalists, supposedly as part of an inquiry into the failed coup on July 15.


This order comes after authorities detained thousands of soldiers, judges, civil servants, teachers, and citizens who have alleged ties to Fethullah Gulen who Erdogan blames for the coup. Reports of torture and rape of the detainees have the international community, especially the EU, concerned.

Not the first act of Free Press abuse

“By rounding up journalists the government is failing to make a distinction between criminal acts and legitimate criticism,” said Hauri van Gulik, Amnesty International.

Closure of several media outlets were ordered after the failed coup; however, this is the first time that specific journalists have been identified.

This type of behavior isn’t new for Erdogan and his administration. He is no stranger to undermining the right to free speech and freedom of the press.

Reporters Without Borders release their annual Press Freedom Index just weeks ago. Turkey drops two places this year at 151 of 180 countries. Eight journalists were arrested in 2016 in Turkey before the attempted coup. 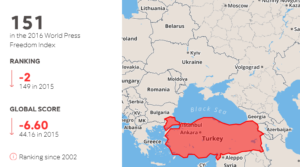 Erdogan orchestrated an Istanbul court order in March of this year to seize Zaman, a leading daily newspaper, and place it under state control. The paper was said to lean towards the Gulen movement.

Rights groups, the media, and civil society continue to resist Erdogan’s growing authoritarianism while urging the EU and the US to put pressure on Turkey.

“…failing to make a distinction between criminal acts and legitimate criticism.”

According to state-run Anadolu Agency (AA) detention warrants has been issued for the following 42 journalists:

According to Doğan News Agency, the journalists Yakup Sağlam, İbrahim Balta, Seyit Kılıç, Bayram Kaya and Cihan Acar have been taken into custody. BBC confirmed that five journalists have been arrested at the time this article was written. 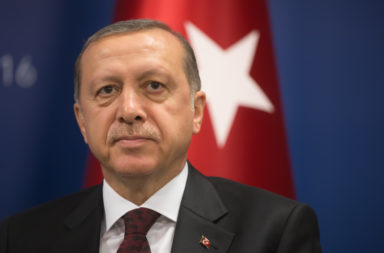 Why Would Erdogan Bring Back the Death Penalty? 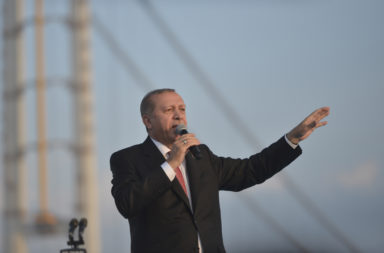 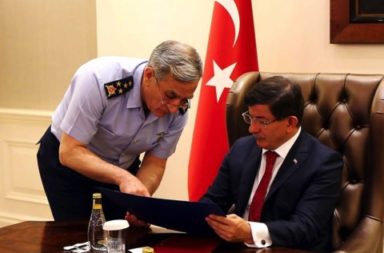