JOIN THIS FIGHT OF ANGELINA JOLIE AGAINST BLOODSHED

JOIN THIS FIGHT OF ANGELINA JOLIE AGAINST BLOODSHED

Angelina Jolie has carved her own unique niche with her stellar onscreen performances, yet there’s more to the diva’s persona than her impressive acting chops as Lara Croft. It may come as a surprise to those who allow looks to deceive them, but Jolie is strongly opinionated about violent wars and their destructive consequences.
While working for one of her most popular films in Cambodia, the actress witnessed the stark intensity of human suffering for the first time. This inspired her to take up the cause of refugees and war victims. She began undertaking field visits to war-affected zones, risking her life by visiting cities considered unsafe.

She began with Sierra Leone and Tanzania in 2001, stunning her Hollywood counterparts. With these travels, Jolie attracted media attention on what she believed were ‘forgotten emergencies.’ Amongst several other countries, she met with people in Sudan during the Darfur war and even travelled to Kabul during the Afghanistan conflict.

If you think all that Jolie did here was saunter about in high heels while she pretended to be a socially conscious actress, think again. While she was in Kabul, she witnessed the gory murder of three aid workers, by hit-and-run assassins. Breaking all stereotypes about women from Hollywood, Jolie dared to train in flying and successfully got her private pilot license, blazing through skies to help transport humanitarian workers and food supplies to conflict- affected zones. 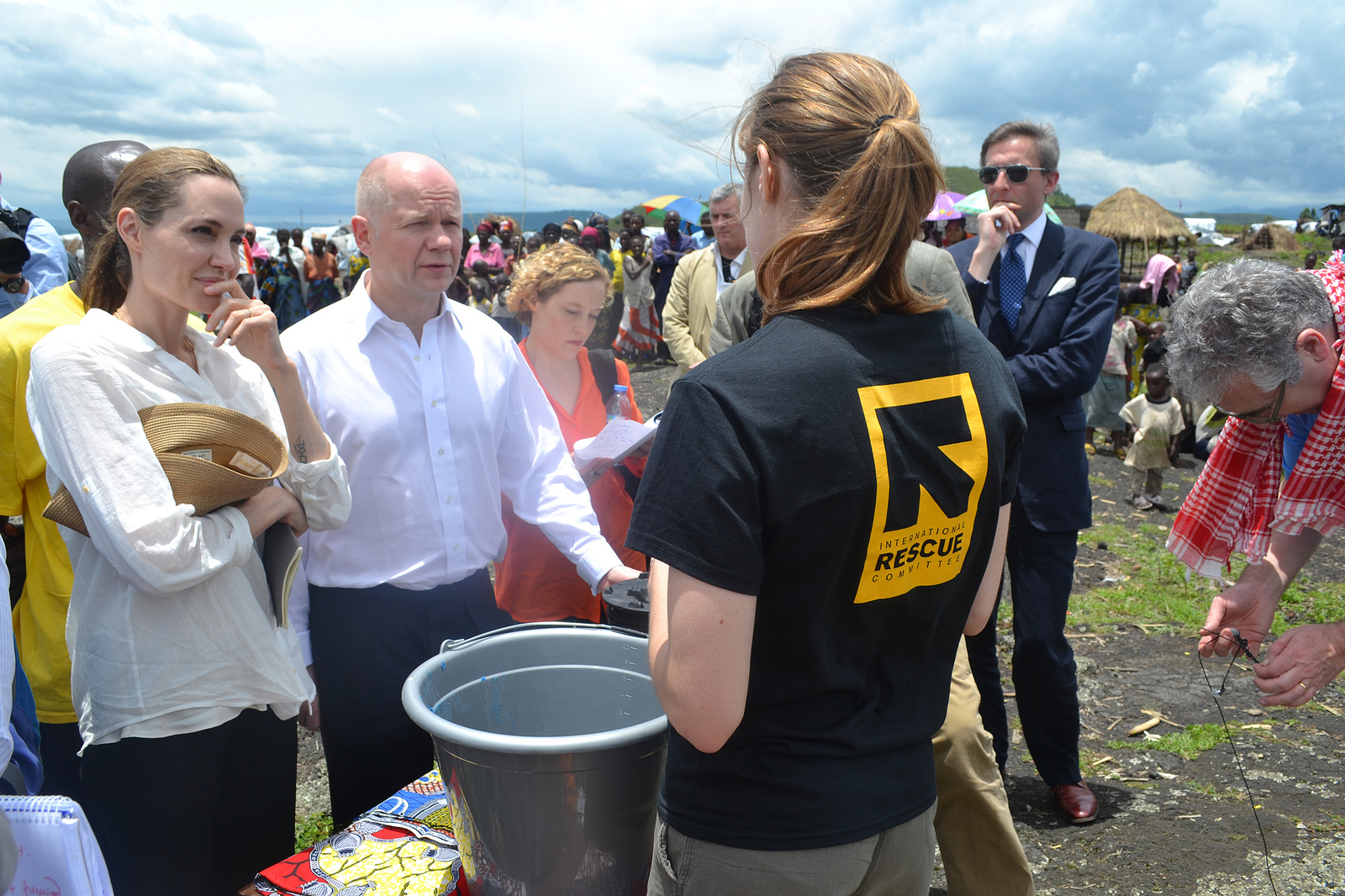 In recognition of her groundbreaking contribution to the alleviation of human suffering, Jolie’s role in the UNHCR was expanded. In 2012, she was appointed as Special Envoy of UN High Commissioner for Refugees António Guterres. With her demonstrated commitment towards the plight of refugees, it is no surprise that Jolie has been at the forefront of UNHCR’s involvement in the Syria crisis.

In 2015, she visited Turkey during the surge in entry of Syrian refugees into the country, and spoke strongly in support of Syrian migrants. She globally addressed the issue of human displacement, with her inspiring and moving speech:

“Displacement at 60 million is a sign of our inability to work together as a community, to apply all our laws and uses our collective institutions effectively. To live by our standards and keep our word. There is an explosion of human suffering and displacement on a level that has never been seen before, and it cannot be managed by aid relief, it must be managed by diplomacy and law. This is a central problem. We cannot pick and choose which human rights violations we will and won’t tolerate.”
“We have the tools we need – the resolutions, the doctrines, the conventions, the courts. But if these tools are misused, inconsistently applied or applied in a self-serving way, we will continue on this trend of displacement and it will grow and grow. It is inhumane to expect all of these families to tolerate this kind of life. We all know what needs to be done, we must do better. And it is self-evident that we have to start with Syria.”

Not many have the courage to speak up about the plight of Syrian refugees, which makes Angelina Jolie a commendable woman. She has hit the nail on head with her adept words, but will political leaders take notice?