An attack by a ISIS suicide bomber from Syria in Istanbul has killed 10 German tourists. 15 were wounded, including 9 visitors from Germany. 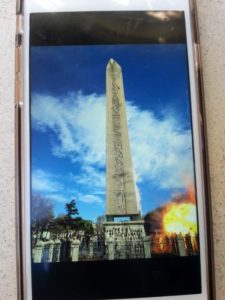 The attack occurred tuesday morning at the Sultan Ahmet square near the famous Hagia Sophia and Blue Mosque.This is a hot spot for tourists from all over the world. Istanbul is a popular city destination, an open minded old town with many restaurants and shops.

Now a photo has surfaced that shows the exact moment of the explosion. The people in the picture, who have likely been injured or killed in the explosion, are shown still standing calmly as if nothing is happening. This is because of a delay in reaction time. At the moment the photo was taken they have not yet realized what is happening to them. It is not yet clear who took the photo which was first shared in a WhatsApp group of Turkish tourist guides. It has been ruled by expert as real and not a fake.

The bomber was Nabil Abdel Latif al-Fadli (27, police photo below), born as a Syrian in Saudi Arabia, he left when he was eight years old. He had joined the Islamic State (IS, ISIS, or Daesh). He entered Turkey illegally from Syria as a refugee, but registered at a police station in Istanbul. Therefore the Turkish police could matched his DNA sample and quickly identify him. Fadel was not listed on the country’s security watch list.

Prime Minister Ahmet Davutoglu said: “Turkey won’t backtrack in its struggle against Daesh by even one step. This terror organisation, the assailants and all of their connections will be found and they will receive the punishments they deserve.” 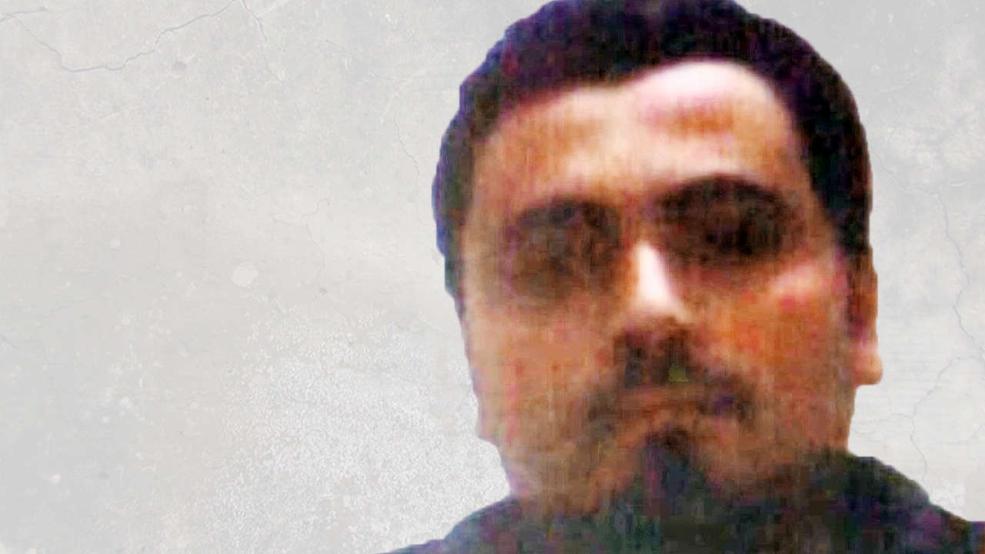 The bomb is a severe blow to the important Turkish tourism industry. 5,5 million German traveled to this country in 2015 to relax. Second were the Russians, who do not come any more. What about the Germans this year?

It is still unclear whether the bomber on purpose aimed the German tourists, maybe as revenge for the military engagement of Berlin against ISIS.

Germany just joint the fight against ISIS with jets based in Turkey, a ship and a satellite. Berlin is an important supporter of Kurdistan- Iraq and send weapons and trainers to the Peschmergas last year. Around 600 German Muslims are fighting with ISIS in Syria and Iraq on the other side.

France has assembled crisis management team in Istanbul and in Paris. Both Germany and France have issued warnings to their citizens to stay away from large crowds.

Already last summer, Isis exploded a bomb at a rally of Kurdish activists in the town of Suruc, killing 33. In October another devastating attack killed 102 people at a peace demonstration in Turkey’s capital Ankara.

Turkey has been criticized in the past for insufficiently policing its Syrian border, and even for indirectly supporting ISIS while at the same time fighting the Kurds, one of the Islamist State’s fiercest opponents.