Why Batman's $ 4.4B US Navy Ship Malfunctions

Why Batman's $ 4.4B US Navy Ship Malfunctions

It is the newest ship and the proud of the US Navy.

The USS Zumwalt is with $ 4.4 billion invested as well the most expensive destroyer ever built.

Now the magic ship has problems, stopped and has to be repaired in Panama.

The ship is named in honor of Adm. Elmo R. “Bud” Zumwalt Jr., former chief of naval operations (CNO) from 1970 to 1974. A veteran of World War II and the conflicts in Korea and Vietnam, Adm. Zumwalt exemplified honor, courage and commitment during 32 years of dedicated naval service, earning a Bronze Star with Valor for his actions during the Battle of Leyte Gulf. He passed away in 2000 at the age of 79.

During his time as CNO, Adm. Zumwalt embraced technological innovation and advocated a number of successful programs including the Oliver Hazard Perry-class frigate, the Ohio-class ballistic missile submarine and the F-14 Tomcat, all of which yielded long-term benefits to the warfighting readiness of the Navy.

Perhaps most importantly, Adm. Zumwalt was a social reformer who recognized the primary force-multiplier of the U.S. Navy continued to be its sailors, and as such, began quality of life improvements throughout the fleet, including the institutionalization of equality for minorities and women. He was considered a “thinking officer” who was devoted to sailors and creating an environment where everyone was treated equally – a legacy that can be seen today in the diversity of the fleet. His “one Navy” mentality reminds today’s sailors that taking care of our warfighters ensures the Navy remains tough, bold and ready.

“DDG-1000 is one of the most innovative and technologically-advanced ships our Navy has built and it is this spirit of innovation, this commitment to forward thinking and the ability of our Navy and its sailors to see beyond the horizon that we honor as we commission the USS Zumwalt,” said the Honorable Ray Mabus, secretary of the Navy in October 2015. “Just as DDG-1000 is the first of its class, so too was Adm. Elmo Zumwalt.”

Adm. Harry B. Harris, Jr., commander of US Pacific Command, said: “If Batman had a ship, it would be the USS Zumwalt.” 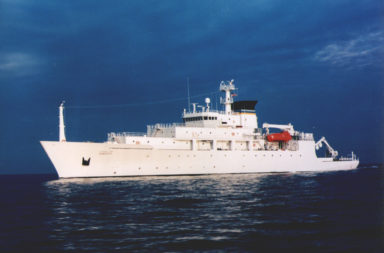 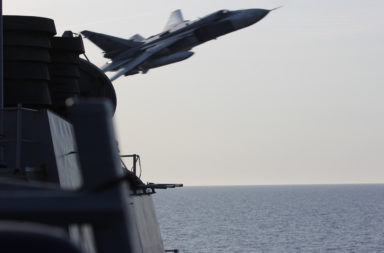