A quick summary of the decisions shaping the future!

A quick summary of the decisions shaping the future!

As all studious Court Watchers know, June is the season of giving for the Supreme Court. In the spirit of the season here are three cases from the last week which have the potential to be the most impactful and interesting for the avid political American.

In 2012 President Barack Obama issued an “Executive Action” known as Deferred Action for Childhood Arrivals (DACA), then in 2014 he issued another set of Executive Actions, Deferred Action for Parents of Americans (DAPA) and an expanded version of the original DACA now commonly known as DACA+. DACA+ purports to allow illegal immigrants, now over 30, who arrived as children to apply for the program and if accepted puts them at the bottom of the enforcement ladder through the Executive Branch power of prosecutorial discretion. It also allowed for the granting of working papers to covered individuals. DAPA did roughly the same thing for Parents of Citizens and for authorized permanent residents. Given that the resources for deportation actions are dwarfed by the number of immigration cases, DAPA and DACA+ end up giving a strong measure of security and comfort to these two groups.

When DAPA/DACA+ came out in 2014 the Executive Actions were immediately challenged in the Southern District of Texas by a coalition of half the States (23 unified State governments and a mix of other State executives). During the first week that applications were to be accepted for the programs, District Court Judge Andrew Hanen issued a nationwide injunction which prevented the expansion of DACA, the implementation of DAPA, and stopped the use of prosecutorial discretion to be done on any sort of broad basis. The Fifth Circuit then upheld the District Court’s actions, which brought the case to the Supreme Court.

You can sum up this Opinion in a single sentence. “The judgment is affirmed by an equally divided Court.” Wait. I am very sorry. That is the Opinion in its entirety. The result being that the Opinion for the Fifth Circuit Court of Appeals (covering Texas, Mississippi, and Louisiana) will remain in effect. Because the case was deadlocked, immigration advocates may challenge the injunction in another Circuit, but whatever happens, we’ll likely see this issue still hanging around if Hillary Clinton is elected or if Obama gets a Supreme Court appointment through before his term ends. If Donald Trump wins the election, he will be within his authority to erase any Executive Actions that President Obama has put in place.

President Obama spoke about the results, blaming the Republicans for refusing to hold hearings on Merrick Garland, Obama’s nominee to the Supreme Court:

In 1997 Texas began a diversity policy which gives automatic admission to the top ten percent of the graduating classes of any Texas High School. If that policy sounds familiar and you’re experiencing Deja vu with this case don’t worry it’s not a glitch in the Matrix. This case has been to the Supreme Court before (Decided in 2013), and it was sent back down to the Fifth Circuit because the Justices agreed 7-1 that the Fifth Circuit did not apply the correct ‘Strict Scrutiny’ standard of review. Upon rehearing, the Fifth Circuit found that the 10% rule satisfies Strict Scrutiny and the Supreme Court again took up the case affirming 4-3. Justice Elena Kagan took no part in the decision either time it was at the Court as she was Solicitor General when the case was originally at the Fifth Circuit.

The case centered around a girl, Abby Fisher, who was denied entry to the University of Texas, and she sued over the school’s admissions policies.

The result was surprising to some observers as Justice Anthony Kennedy has never voted to affirm a diversity program in admissions. Also of note was the 2003 case Grutter v. Bollinger, the Majority Opinion which stated that they expected in 25 years Affirmative Action programs would be unnecessary. This case marks the rough midpoint of that timeline.

This case may be the dark horse candidate for largest expansion of police powers that we have seen in quite some time.

Police are allowed to stop pedestrians on the street if they meet the legal standard of ‘Reasonable Suspicion.’ This is a low standard that requires an objective basis for suspecting an individual of legal wrongdoing. Seems like a fine rule on its face, but in my practice I have often seen it result in many stops that end up being mere harassment or intimidation, even if the police don’t intend it to be such. While individuals do have a redress for unlawful stops (See e.g. 42 U.S.C. 1983), the damages are often so low and the standard of reasonable suspicion is so easy to meet Ex Post Facto that it may as well give the police complete power to stop anyone at any time. It’s easy to see that such a broad power is ripe for abuse without a disincentive.

This case is not, however, principally about the Reasonable Suspicion standard. This case is about the exclusionary rule, a big disincentive for police overreach that prevents the admission of evidence when a 4th Amendment violation has taken place. This case held that even after an illegal stop, if the police find a valid arrest warrant and subsequently perform a ‘search incident to arrest’, any evidence found will not be excluded as per the exclusionary rule. The 5-3 Majority held that the “discovery of a valid, pre-existing, and untainted arrest warrant attenuated the connection between the unconstitutional investigatory stop and the evidence seized incident to a lawful arrest.”

Truly this is scary stuff for many Americans, and while I hesitate to be a harbinger of doom, it is not difficult to imagine a resultant dragnet of many of our streets in which both guilty and innocent alike are caught up not because of real wrongdoing but rather because of (in the best case) subconscious police biases and prejudice.

Justice Sonia Sotomayor writes in her dissent on one possible impact of this decision: “By legitimizing the conduct that produces this double consciousness, this case tells everyone, white and black, guilty and innocent, that an officer can verify your legal status at any time. It says that your body is subject to invasion while courts excuse the violation of your rights. It implies that you are not a citizen of a democracy but the subject of a carceral state,  just waiting to be cataloged.” Other commenters disagree, for example Howard Slugh at the conservative publication the National Review, who says that this ruling is a limited one, allowing only for the excusal of good faith mistakes. The worry that Slugh discounts is that it is very easy for a good faith mistake to start to mix and be covered over with bias or even ill-intent.

I promise I won’t leave you with the taste of 1984 in your mouth. And while it might not be the biggest palate cleanser, Birchfield v. North Dakota, a 7-1 decision gives us a limit on the use of warrantless blood tests. Birchfield makes it clear that while a breathalyzer may be used without a warrant during a DUI stop, a warrant must be retrieved before any blood is drawn. 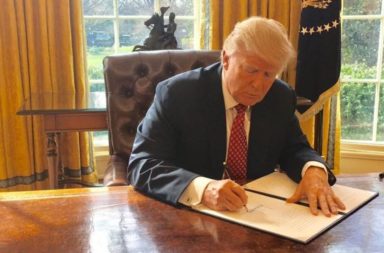 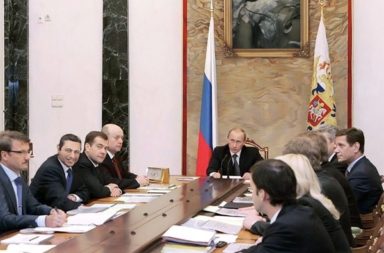