Why a Burkini Ban in France does not Threaten Religious Freedom

Why a Burkini Ban in France does not Threaten Religious Freedom

Surahs 24 and 33 do not demand this, but only radical Islamists

Surahs 24 and 33 do not demand this, but only radical Islamists

The word “burkini” is a combination of burqa and bikini. It is a swimsuit for some Muslim women which covers the whole body except the face, hands, and feet. Now, three towns in France have banned the swimwear. But why?

The “burkini” is banned in Cannes, France for a misogynistic, Islamaphobic reason https://t.co/0pmoMA9Q4c pic.twitter.com/qqftiG4DW2

Tensions in France are high after the recent terror attacks, including one in Nice where 84 people were killed when a terrorist drove a truck through a crowd on Bastille Day. The city of Nice is close to Cannes, where the mayor has now banned burkinis at the beaches.

The mayor of Cannes, David Lisnard, ruled that access to the beach is forbidden for “anyone who does not have (bathing apparel) which respects good customs and secularism.”

In reaction to this, a group planned an all-women all-burkini day at the local water park. But the event was banned by the government before it could occur, and deemed by an official as a “threat to public order.” Anyone caught wearing a burkini will be asked to leave, asked to change clothes, or charged a fine of €38.

Two other cities have banned burkinis now, the small towns of Villeneuve-Loubet and Sisco, arguing that it breaks French law on secularism.

Five were injured and three cars were set on fire when some young residents got into a fight with North African families on Corsica.

What most people and even Muslims do not know:

The Holy Qur’an does not tell women to wear a burkini or burka or hijab, but in essence only to dress proper. No nude bathing for Muslim women, but bikini is fine. Only the ultra Islamists demand burkinis, burkas or hijabs. They are not religious symbols but more a political statement of the ultras in Islam to control and limit the freedom of the Muslim women.

Hubertus Hoffmann argues in his new book The 10 Commandments of Tolerance in Islam (www.globalo.com/books):

“Surah 33:53 states “And if you ask his wives for some favor, do so from behind a screen.” In her book “Der Islam und die Frauen” (Islam and Women), Irene Schneider points out that the Arabic word for “screen” (hidjab) was later equated with the clothing so the word “veil,” whether it covers the face or only the hair and the neck, is now generally called hidjab in Arabic.

However, this Surah refers exclusively to conversations with the Prophet’s wives in the “chambers of the Prophet” and therefore does not provide any regulations for conversations, let alone the clothing of all Muslim women. As Irene Schneider correctly argues, there is no mention of a complete covering up, but only of a screen in a room.

The three Surahs  24:60; 30 and 31 of the Holy Qur’an do not provide unambiguous regulations. The verses, written in poetic Arabic, give a direction to clothe oneself modestly, but they do not give precise instructions. There is no mention of a headscarf, but only of a veiling of the “breast line,” which does not include the head but only the neck and the décolleté.”

Hidjab, burka or burkini were not an original demand by Islam, but developed from older customs for women from non-Muslim Persia, which were adapted in the Islamic world, Hoffmann wrote, argueing with Islam expert Karen Armstrong.

Tolerance is needed as well towards the majority when you live in another country with other customs, like in France, and go to the beach: Liberte, non burkini. 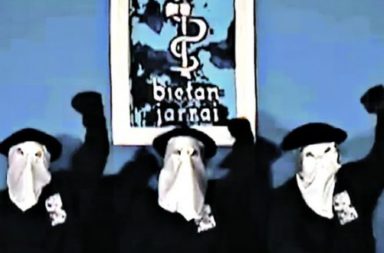