The crisis at Jerusalem's Al-Aqsa Mosque is igniting a firestorm for Israel with bloodshed at its highest levels for years.

The crisis at Jerusalem's Al-Aqsa Mosque is igniting a firestorm for Israel with bloodshed at its highest levels for years.

The bloodiest clashes seen by Israelis and Palestinians in years have been ignited by new security measures at one of Islam’s holiest sites.

As tensions continue over the new security measures implemented at the al-Aqsa Mosque compound, reports emerged on Sunday that two Jordanians had been killed and one Israeli wounded in gunfire at a residential building in the Israeli embassy compound in the Jordanian capital of Amman.

According to the kingdom’s Public Security Directorate, the shooting took place on Sunday evening in a side building usually used by embassy staff, with Israel’s Foreign Ministry reporting that a security guard was shot and killed by Jordanian attackers in the incident.

“We have started a large scale investigation into the incident and ordered the prosecutor general to look at all the details,” the police stated, as reports surface that the attackers, two Jordanians who worked for a furniture company and were allowed access to the embassy compound to carry out repairs, were killed along with the Jordanian owner of the apartment who was hit by gunfire inadvertently and subsequently died of his wounds.

President Mahmoud Abbas’ Fatah party had called for a “day of rage” after metal detectors and  security turnstiles were installed at the entrance of al-Aqsa following Friday’s deadly attack that left two Israeli security officers and three Israeli Palestinians dead.

Israeli officials have said they will not remove the detectors from outside the mosque, despite their installation triggering rapidly escalating confrontations with hostile protesters and days of night-time clashes.

In addition to the metal detectors and security barrier, Israeli security forces have also began installing sophisticated security cameras at one of the entrances to the al-Aqsa compound.

Over the last two weeks, Israeli forces fired live ammunition, tear gas and rubber-coated steel bullets at Palestinians demonstrating against the imposed measures, including the barring of Muslim men under the age of 50 from the holy site. deploying 3,000 Israeli police and border police units around the holy site.

The Importance of Al-Aqsa

Al-Aqsa is the name of the silver-domed mosque inside a large compound otherwise the Old City of Jerusalem, referred to as al-Haram al-Sharif by Muslims and as Temple Mount by Jews.

The compound has been designated a World Heritage site by the United Nations cultural agency, UNESCO, and is important to the three Abrahamic religions.

In Islam, the Noble Sanctuary hosts Islam’s 3rd holiest site, the al-Aqsa Mosque, and the Dome of the Rock, a 7th century structure believed to be where the Islamic Prophet Muhammad ascended to heaven while Jews hold that the compound is where Biblical Jewish temples stood.

Al-Aqsa has been the most contested piece of territory in the regionsince Israel occupied East Jerusalem along with the West Bank and Gaza Strip in 1967.

The conflict has its roots in 1947 when  a UN-backed partition plan to separate historic Palestine into two states for Jews and Palestinians.

Jerusalem, which houses al-Aqsa, belonged to the international community under the administration of the UN but Israel’s increasing encroachment on the land intensified and in 1967, following the second Arab-Israeli war, Israel occupied the entirety of Jerusalem, including the Old City and al-Aqsa.

While the events of last week have certainly prompted a firestorm of protest and condemnation, tensions have been simmering over al-Aqsa for the past several years.

In 2015, protests and violent clashes erupted after groups of Jews tried to enter the mosque to commemorate a Jewish holiday.

One year later, protests also erupted after visits by Jewish settlers groups at the compound during the last 10 days of Islam’s holy month of Ramadan, in contravention of tradition.

“Violence is likely to worsen absent a major policy shift,” said Ofer Zalzberg, a senior analyst at the International Crisis Group told The Guardian “Netanyahu’s mistake was installing the metal detectors without a Muslim interlocutor. It is the coercive character more than the security measure itself that made this unacceptable for Palestinians.”

Al-Aqsa is just a small area within Palestine, but it is a significant symbol of the conflict between Israelis and Palestinians.

While the mosque itself is particularly significant for Muslims, even Palestinian Christians have protested against Israeli encroachment on the compound, choosing to join Muslims in prayer on Friday.

“The issue of al-Haram al-Sharif stands as a symbolic, but very strong catalyser of the routine of injustice and oppression that Palestinians in Jerusalem are facing, and that causes a continuous eruption of popular anger and uprisings,” former adviser to the Palestinian minister of foreign affairs Yara Jalajel told Al Jazeera.

As recent clashes near al-Aqsa lead to a vicious circle of violence and counter-violence across Israel and the Arab world, reports of further restrictions to be placed on Palestinians trying to access the compound in the future and ongoing calls by Israeli religious groups to allow Jews to pray at the site, many observers fear a potential division of the compound.

With tensions already spilling over into fear and violence, Al-Aqsa is quickly becoming a rallying call for those hostile to Israel. It is within Israel’s interest to manage the colossal amount at stake and find a solution that addresses the needs of both sets of worshipers.

Otherwise, the only certainty in Jerusalem is more bloodshed. 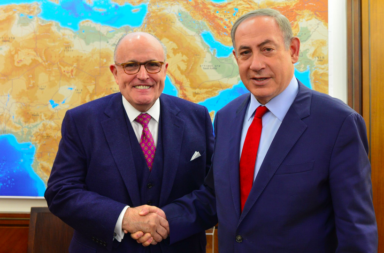 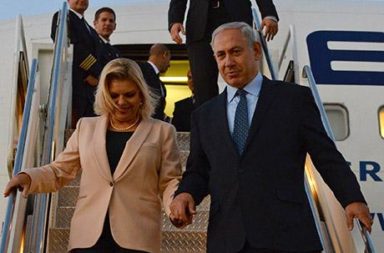