GLOBALO had an exclusive interview with Joseph Schmitz. 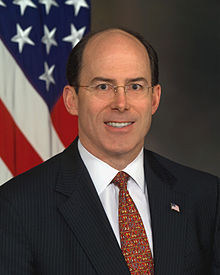 GLOBALO: Trump’s stance on NATO seem unclear to many. Could you clarify what he really wants?

Joseph Schmitz: Donald Trump wants a stronger NATO — an alliance that can effectively defend its members from common threats that today are different than those we faced when NATO was founded in 1949. As Donald Trump said in his first major foreign policy speech, “After I am elected President, I will also call for a summit with our NATO allies, and a separate summit with our Asian allies. In these summits, we will not only discuss a rebalancing of financial commitments, but take a fresh look at how we can adopt new strategies for tackling our common challenges. For instance, we will discuss how we can upgrade NATO’s outdated mission and structure – grown out of the Cold War – to confront our shared challenges, including migration and Islamic terrorism.”

GLOBALO: Trump and Putin seem to get along well, some say too well. What is his position on Ukraine, or more NATO troops in the Baltic states?

Joseph Schmitz: To suggest that, “Trump and Putin seem to get along well, some say too well,” does not make any sense. What makes sense is that Donald Trump will be a strong American President whom Putin will respect much more than Putin respects our current President.  If that’s what you mean by “Trump and Putin seem to get along well,” then President Trump’s strong leadership will be good not only for Americans but also for all of our NATO allies, including the Baltic States and the NATO members bordering on Ukraine.

GLOBALO: Will the defense budget be increased and if so, by how much?

Joseph Schmitz:  Whether and by how much the U.S. defense budget will be increased is not the point.  As you know, weakness can be provocative. On the other hand, increasing a defense budget does not automatically translate into a stronger defense. In his April 27, 2016, foreign policy speech, Donald Trump promoted a thoughtful, realistic, and strategically intelligent Peace Through Strength agenda:  “We will spend what we need to rebuild our military.  It is the cheapest investment we can make. We will develop,build and purchase the best equipment known to mankind. Our military dominance must be unquestioned. But we will look for savings and spend our money wisely. In this time of mounting debt, not one dollar can be wasted.”

Learn more about NATO with an exclusive World Security Network TV interview, with Harvard professor Karl Kaiser on why NATO is “an island of peace”: