Why Did The Far-Right Beat Merkel's Party In Her Home State?

Why Did The Far-Right Beat Merkel's Party In Her Home State?

Is This An Indicator Of How National Elections Will Go?

Is This An Indicator Of How National Elections Will Go?

German Chancellor Angela Merkel’s home state of Mecklenburg-Vorpommern may be small, with only 1.3M eligible voters out of the country’s 81M people, but the result of the state elections is a bellwether for how difficult the national elections next fall will be for Merkel’s party. GLOBALO has predicted this decline in support for Frau Merkel since ten months ago:

Now the result: a big blow in her own home state of Mecklenburg-Vorpommern at the Baltic Sea:

Young CDU-star Diana Kinnert told GLOBALO: “37,000 votes for the AfD came from citizens who voted five years before for The Left, the Social Democratic Party and the Green Party, but only 23,000 from former CDU voters. Many more were non-voters before. Many AfD voters feel insecure in the new world and want to got back to the safe good-old-days.”

Renate Köcher from the Allensbach Institut told a member of the Social Democrats in the German Parliament about the German soul which is today full of angst: “The citizen are pessimists. They have jobs and enough money, but fear the immigrations, terror, international crises, crime and change in society.” The two wars in Ukraine and Syria, together with the huge refugee crisis in Europe, produced German angst. 46 percent think that a vote for the AfD is good, to tell the traditional parties to take the voters more seriously.

Chancellor Merkel has not made immediate comment, as she has been in China for the G-20 Summit. The General Secretary of Merkel’s CDU Peter Tauber called the result “bitter” and said that the AfD has “made right-wing extremism something acceptable.” The AfD’s platform speaks to the fears of Germans who feel their way of life is threatened by migration and refugees. Merkel’s CDU is now trying to co-opt the themes of the far-right, like the concepts of safety and the German homeland, to appeal to the AfD’s voters who are fearful about globalization and migration.

The sister-party CSU from Bavaria wants to limit the number of refugees to 200,000 each year.

The far-right AfD’s leader, Frauke Petry, says its victory in Merkel’s home state is a “slap in the face for Ms. Merkel.” There will be five more state elections before the national one next year. Berlin’s vote will happen on the 18th of September. Hopefully, the CDU will fare better against the AfD in upcoming elections. 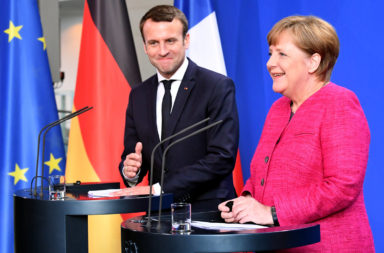