There is good news for Easter from Syria:

The Syrian government forces, supported by Russian air strikes, have re-taken the ancient city of Palmyra from the devils of the Islamic States (IS, ISIS or Daesh), which destroyed many of the old buildings and 2000 year-old temples.

In May last year ISIS seized the UNESCO World Heritage. 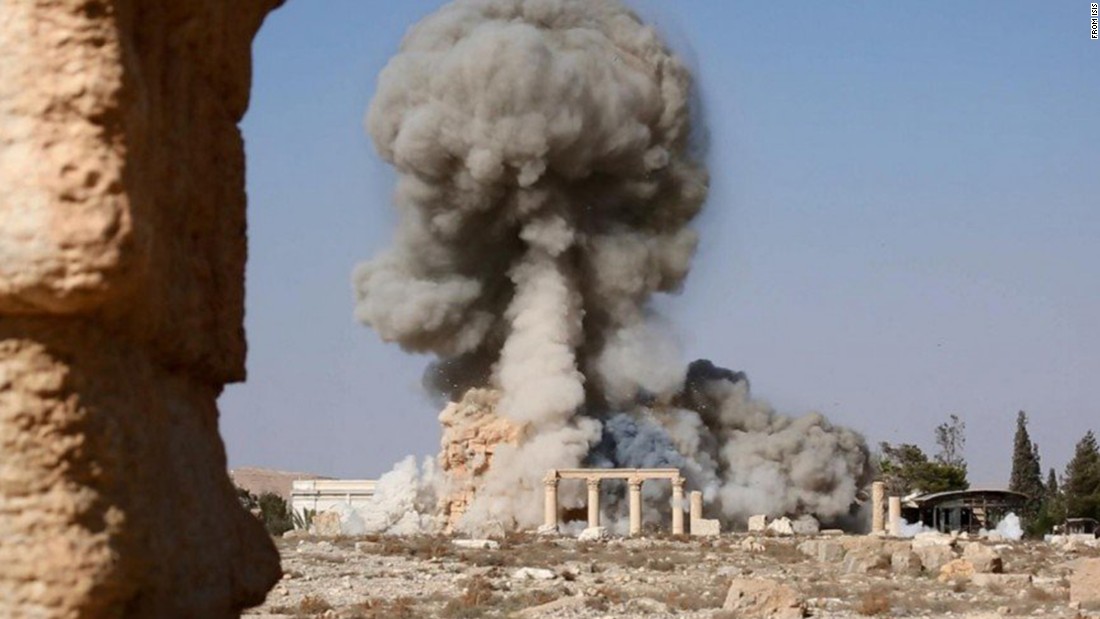 They destroyed two old temples, an arch and funerary towers as “un-Islamic” and idolatrous (picture above), and killed prisoners of war (picture below). 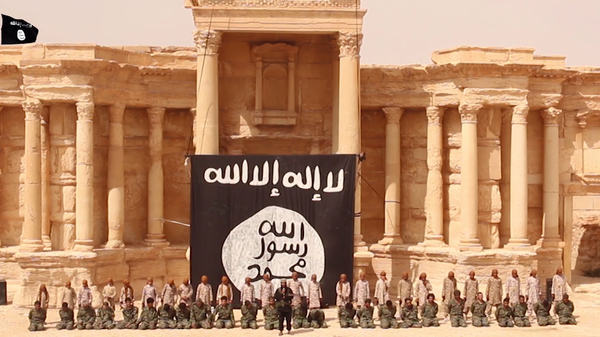 With 158 target hit by the Russians more than 100 terrorist had been killed.
The head of Syria’s antiquities authority, Mamoun Abdelkarim, promised to repair as much of the damage as possible as a “message against terrorism”.

Russia should lead this reconstruction now as a clear sign of victory against ISIS terror.

Palmyra  is an ancient city in present-day Homs Governorate, Syria, with a long history.

The city was first documented in the early second millennium BC.

It had a tribal structure with a mix of Amorites, Arameans and Arabs.

Palmyra become important and wealthy as as a trading city along the Silk Road from China to Europe.

The inhabitants constructed impressive buildings like the Great Colonnade, the Temple of Bel and the distinctive tower tombs.

The culture was influenced by Greco-Roman culture. It  produced impressive art and architecture. The city’s inhabitants worshiped local deities and Mesopotamian and Arab gods.

The city had been twice destroyed before again in 2015 by the ISIS devils:

The Palmyrenes converted to Christianity during the fourth century and to Islam in the second half of the first millennium.