Stick to British traditions Down Under?

Stick to British traditions Down Under?

Knights and Dames are a British system of honours, in place in Australia from colonization to 1975. Like many things British, the Australians weren’t exactly devastated to see them go. The country has had an interesting relationship with its colonial forbears, like an older sibling that you love, but so often love to hate. So when the honour system of the United Kingdom was reintroduced in Australia, only to be bestowed upon one of their own, this understandably didn’t go over well.

In fact, the decision was made by a Prime Minister who in less than a year would be gone. Still, surely this wasn’t enough to trigger a change in the leadership of the country. Could one small, seemingly insignificant decision, really have caused the downfall of an Australian Prime Minister?

Sometimes it’s hard to understand the politics of Australia. A large, fairly deserted island on the other side of the world, that seems to go through Prime Ministers like it goes through beers – You would expect that people there like change.

So why didn’t Australians appreciate when their former Prime Minister, Tony Abbott attempted to reinstate the honour system, to bestow it upon Prince Philip? Why did his decision about knighthood turn into what the media quickly dubbed, his “knightmare”?

Well, like many other Commonwealth nations, Australia’s relationship with its “mother country” has been somewhat of a balancing act. Since the First Fleet arrived to colonise Australia in 1787, the nation has built many of its traditions off those that the United Kingdom sent to it. But it has also chosen to reject some of these. Happy to take cricket and rugby, Parliamentary democracy and a taste for strong waters from the United Kingdom, it felt the need not to forge a different path when it came to weather, lifestyle, and the way it played rugby and cricket.

Indeed, perhaps this is why moving to the Order of Australia system in the 1970s felt so fundamental. Not because it represented some superficial change like a decision to drink warm beers over cold, but because it meant so much more. Honouring its own citizens in its own way seemed to indicate that Australia had a sense of self. That its own citizens were achieving great things beyond the recognition of their former colonialists.

So reintroducing Knights and Dames, only to accredit this highest honour to a symbol of that colonialism, it grated at the fabric of Australian culture. It seemed to represent a step backwards for a country which has at times, closely contemplated moving from a Monarchy to a Republic.

Perhaps this is why honouring a man best known in Australia for asking its indigenous citizens whether “you still throw spears at each-other” could not be stomached by the broader population. The overly decorated Prince, or “HRH The Prince Philip, Duke of Edinburgh, Earl of Merioneth and Baron Greenwich, Knight of the Garter, Knight of the Thistle, Order of Merit, Knight Grand Cross of the Order of the British Empire, Knight of the Order of Australia, Companion of The Queen’s Service Order, Privy Counsellor” – seems to need anything but an additional few words in front of his name.

It’s important to note that former Prime Minister Tony Abbott’s poll numbers had already not been looking pretty at this point. He certainly didn’t seem on the way to claiming a landslide election victory the following year. His approval rating after that decision was -7%, but it was only 5% prior to this announcement.

The new Prime Minister (and former leader of the Republican movement in the country), Malcolm Turnbull has capitalised on the Australian people’s comfort with this decision, removing the honour of Knights and Dames in Australia and claiming that they are “not appropriate” in the country.

This decision seems to have paid off. With an impressively high 51% approval rating, the difference is stark. It’s impossible to attribute these shifts in Australian sentiment to just one decision because the tide had been turning against the former Prime Minister for years. But with this latest decision, the new PM seems to be moving forward in the direction Australians want him to.

Perhaps someone should honour him accordingly. 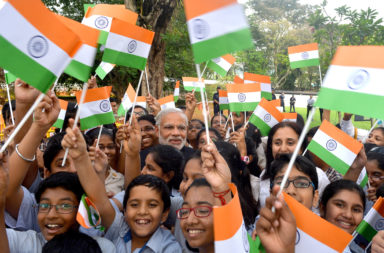 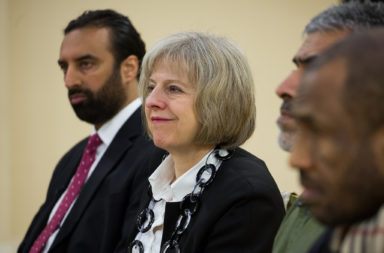 Who Exactly is Theresa May? 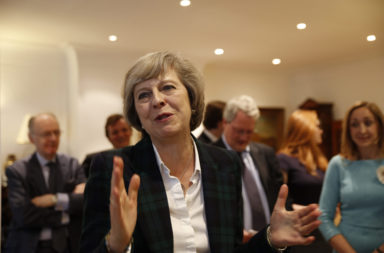 Who Is Poised to Take Over England?