He knows a lot, dares to speak out and has unorthodox ideas –  another of his many books worth reading. 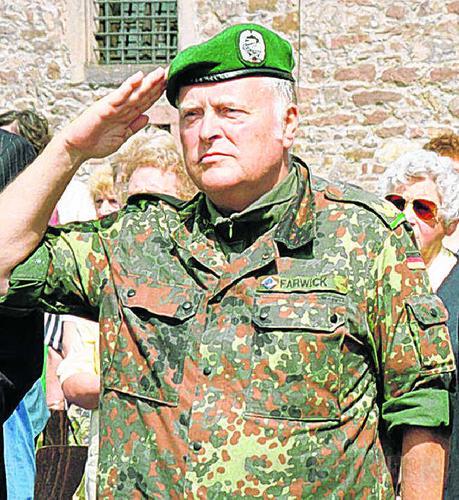 The former director of the Office of Intelligence of the German Forces (ANBw), Assistent Chief of Staff Operations im Allied Joint Force Command (JFC) Brunssum in The Netherlands and  before a close advisor to former Defense Minister Manfred Wörner (later Secretary General NATO)  is one of the best military experts in Europe.

For many years he was editor in chief of GLOBALO partner World Security Network.

Modern technology has its impact on modern war fare of nowadays and the future, but the basic rules and lessons learned over centuries are still valid.

The most important new dimension is cyber warfare, cyber crimes and cyber espionage. Cyber activities are part of information warfare.

The author of this book comes to an interesting conclusion:

Future wars will belong to the guerillas, the partisans and hacker groups. The latter might be civilian gangs or state sponsored hacker groups with high tech specialists.

A main target in combination with military activities is to destroy the so-called “sensitive infrastructure” in order to paralyze and to destabilize public life – mainly by interrupting the supply channels. Two of those scenarios are looked carefully at with the dramatic consequences achieved for public and private life.

In most European countries – except Switzerland – there  is huge deficit in public and private precautions for any kind of catastrophes – be it warfare, natural or men-made disasters. This book gives some proposals for public and private options to increase the protection of people.

Photos: Private and US DoD