WE MUST DEFEND OURSELVES FROM MISSILE ATTACKS!

WE MUST DEFEND OURSELVES FROM MISSILE ATTACKS!

NATO must protect their members from all threats

NATO must protect their members from all threats

NATO’s purpose is clear: to protect our citizens and territory against any threats.

That includes conventional attacks by land, air or sea – but it also includes the very real threat posed by ballistic missiles from outside the Euro-Atlantic area. The fact is that many countries are developing ballistic missile programmes. And we, as a defensive alliance, cannot ignore that threat.  Missile defence is an important tool for NATO’s core task of collective defence.

That is why the 28 leaders of the Alliance decided to develop NATO’s ballistic missile defence capability at the Lisbon Summit in 2010. We have been building the system in a transparent way ever since.

Our missile defence programme represents a long-term investment against a long-term threat. Our goal is to achieve full coverage and protection for NATO’s European Allies against ballistic missile attacks from outside the Euro-Atlantic area.

Through the European Phased Adaptive Approach, the United States is making a major investment in our collective defence. The  four American multi-mission Aegis ships  now based in Spain,  will make a significant contribution to NATO’s missile defence system.  On a trip to the United States last spring, I saw for myself what these impressive ships are capable of: tracking multiple targets hundreds of miles away, and shooting down missiles in flight.

This week, we will make an important advance. With the activation of the Aegis Ashore missile defence site at Deveselu in Romania on Thursday, our capability is being boosted further – significantly increasing the defensive coverage of NATO territory against medium and short-range missile attacks.

I am grateful to the Romanian government and people for the contribution they have made to NATO’s collective defence in hosting the new site – and I am delighted that I am able to attend its inaugural ceremony.

Just as important is Poland’s decision to host a second Aegis Ashore site at Redzikowo, where construction work begins on Friday, and which is due to be operational by 2018. Together, the sites in Romania and Poland will greatly enhance our defensive capabilities.

Other NATO Allies are playing their part too. Spain is providing a base for the Aegis ships. Germany is providing a missile defence command centre. Turkey hosts an early-warning radar station. The United Kingdom is investing in more ground-based radar. Denmark and the Netherlands are upgrading their frigates with new radar.

Importantly, as its name suggests, the system we are building is defensive. The projectiles we use to knock out incoming missiles do not contain explosives; they simply ‘punch’ their targets out of the sky. In other words, we could not use them offensively even if we wanted to.

Nor does the system represent any threat to Russia’s strategic nuclear deterrent. Geography and physics both make it impossible for the NATO system to shoot down Russian intercontinental ballistic missiles. The interceptors are too few in number, and either too far south or too close to Russia to do so.

We have made this clear to the Russian authorities time and again. Yet Russia has declined all NATO proposals for cooperation on missile defence, including the establishment of joint centres and a regime to ensure missile defence transparency. Moscow unilaterally terminated dialogue with NATO on this issue in 2013.

NATO will continue to engage in dialogue with Russia when and where we can. And, right now, when tensions are high, keeping channels of communication open is all the more important. At the same time NATO will continue to strengthen our defence to secure Allies from any threats, including from ballistic missiles.

As Secretary General of NATO, I am very proud of what our work on missile defence demonstrates about the Alliance. That we are resolute in our efforts to protect our nations. And that we have high-calibre personnel who have developed, built and now operate some of the world’s most advanced technology to ensure our security.

Our success also demonstrates the value of transatlantic teamwork – and proves that we are adapting for an uncertain future, and willing, as an Alliance of 28, to invest in our collective defence.

We can never know for sure what challenges lie ahead. NATO’s 67-year history has taught us that lesson well. But it has also taught us the value of being prepared to defend our nations from any threat at any time. In that regard, this week’s ceremony at Deveselu, and the work beginning at Redzikowo, represent important steps forward. 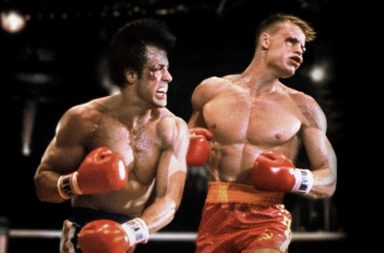 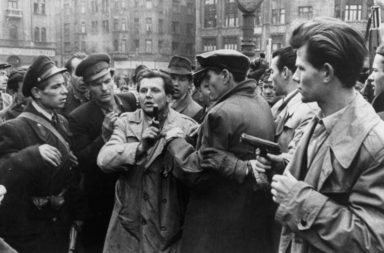