Inside the Parisian Refugee Crisis - What You Might Not See

Inside the Parisian Refugee Crisis - What You Might Not See

Not far from the Jacque Juares Metro in Paris, some 350 refugees sit in the shadows of a rail bridge.

Passer-by’s hurrying to work or carry their groceries are the world away for the desperate men who sit outside the imposing French immigration office across the street. An office which each day handles a few dozen asylum cases. France is at the heart of Europe’s refugee crisis.

The country is seeing its biggest wave of migrants since the end of the Algerian War in 1962. Many French citizens are increasingly worried about increased immigration an issue which will be a key issue in France’s presidential election next year.

Last year France received some 70,600 applications for refugee status mostly from Afghanistan, Middle East, and Africa. These refugees are increasingly unwelcome. A poll released in April of this year saw 64% of French citizens see refugees as an important source of “major crime.”

The men under the rail bridge in and around a fenced-in soccer field. They pass water and food donated by volunteers through the bars. There are no toilets. Plastic water bottles serve as urinals. “The tents attract the attention of the police when they see them they come. So they try to make only temporary places to sleep like on the football pitch but, the effect is to create a human zoo.” Says Danica Jurisic who came to France over 20 years ago as a refugee from the wars in the Balkans. She buys the men food from her budget and hosts refugee families awaiting the government’s attention in her home.

Jurisic has taken in 50 refugees over the past few months. “My last family was accepted and left on Friday for asylum and temporary housing. Yet, here I am at the camp on Sunday my day off.” She says with a smile, given her experience as a refugee she feels committed to helping these men despite the frustrations.

Frustrations in the camp can boil over into violence. Smiles and jibes turn to punches and jabs quite quickly. One moment, two men in the early 20s are teasing each other about Afghanistan and Pakistan. The next the two men are shouting in each other’s face, hunger on their breaths. Both men are Pashtuns from different tribes and in the sunny Paris afternoon, tribal rivalries and frustration with a Kafkaesque 20th-century bureaucracy contribute to the charged atmosphere. When other refugees step in, the tension appears to break. Everyone is all smiles.

Then the taller of the two disputants throws a looping punch that hits his rivals jaw. Fists fly as a passing car horn breaks the cacophony of shouting in Pashto as other immigrants separate the two men. Thinking the confrontation could bring trouble with the authorities, a group of refugees from Eritrea and Sudan quietly slip away from the camp.

Nearby is Muhammad Zaher, a Pashtun refugee from Kabul who watches the altercation with disinterest. Zaher has spent ten days sitting on the fresh pavement with little more than prayer beads and an occasional cigarette to amuse himself. Half an hour later when his six-year-old son draws pictures on the ground for a visiting consultant on refugee issues with the United Nations, Zaher allows himself a smile when his son smiles for the first time in weeks. Zaher explains he spent one year in Germany without getting refugee status. The Afghan hopes France will be kinder to him and his son.  The boy is the reason Zaher left Afganistan he says.  Zaher was just 31 when he left Afghanistan. He had worked for over a decade as a truck driver in Afghanistan. Often short haul but, occasionally taking longer trips around the ring road that connect the country or through the Salang Tunnel where in November 1982 nearly 3,000 perished in the bloodiest road accident in history. Though the incident happened before he was born, Zaher knows the incident well “All of us drivers know that day, we don’t forget it when we are driving in the mountains” he recalls. Countless times he paid tolls and bribes to Taliban and government officials.

Yet, his success and luck as a young driver attracted the attention of the local police. Men he dismisses as bandits with badges. They told him to pay a large bribe, or his son would “disappear” into the hands of the Taliban. Refusing to kowtow, he fled abroad with his son (leaving behind a wife and daughter with relatives). Father and son traveled by land through Afghanistan, Iran, Turkey, Bulgaria, Romania to Germany. He stayed in Germany over a year without gaining recognition and is now trying his luck in France. He paid 10,000 dollars to smugglers along the way and wonders sometimes if he made the right choice.

Down the street from the refugees, Abu Ali sits in the café he owns. Ali recounts how a few nights ago of his café hosted a performance by the Magic Riders ( a James Brown and Ottis Redding revival band). The concert attracted a few of the refugees to peer through the doors of his café. A fight soon broke out as the jostled for a view, an incident he finds more amusing than anything.

Ali came to Paris from Algeria and is now a French citizen. “When I came here, in the 1970s I was just like them sleeping on the streets but, I made it. I have no problem with them coming if they plan to work, very, very hard like I did and not end up” he explains pantomiming a beggar sticking out his hand. When Ali arrived he had family in France’s North African diaspora as well as command of both French and Arabic. Few of the refugees at Jacque Juares camp share these advantages.

As of May this year, authorities had removed 15,000 migrants from the streets of Paris.

The metropolitan government plans to build temporary housing for Parisian refugees in the Northern part of Paris that will house 400 males in shipping containers. Other camps are planned for women and families. Recent terror attacks have put the city on edge. Since January 2015, terrorists inspired by Da’esh have killed at least 235 people in France. Concerns over immigration and terrorism are likely to give a bolster the electoral results of Marine Le Pen’s National Front in next year’s presidential election. Polls suggest that her far-right party is likely to make it to the second round of polls. 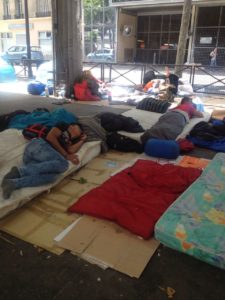 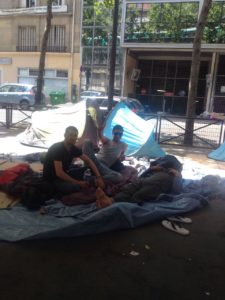 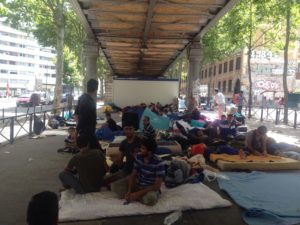 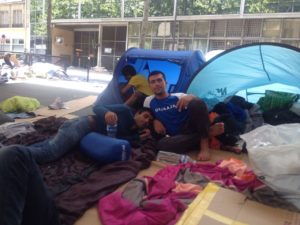 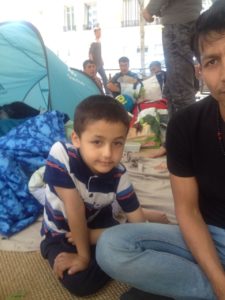 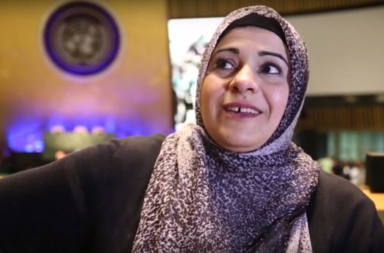