Bernie pulled a much needed win in West Virginia, but will it be enough?

Bernie pulled a much needed win in West Virginia, but will it be enough?

Bernie Sanders pulled a rabbit out of a hat and won West Virginia this week.

This win was critical, as Hillary has him on the ropes, as she edges closer and closer to the magic delegate count. But Bernie pulled out all the stops and gave Clinton a crushing defeat in the state of West Virginia. Since West Virginia is a split delegate state, Clinton walked away with 11 delegates, while Sanders pulled 18. This was a huge win for Sanders, as the momentum was shifting back to Hillary in what is seen as the home stretch. Currently (excluding super-delegates) Clinton has 1,716 (with super-delegates it is 2,240) and the magic number is 2,383. Clinton is so close, she can taste it, but is she close enough? She seems pretty confident that the super-delegates will back her, and with those, she is doing okay. Bust should their support switch to Bernie, it could be a devastating blow for the Clinton campaign. What Clinton needs to do is pass the finish line of 2,383, and make sure that she wins, but she keeps losing states, and support is faltering. After a stretch in late March/early April, Bernie seemed to be on a roll, but Clinton gained huge momentum winning four of five contests on April 26th. But since then, she has lost two out of three, and her seemingly unstoppable finish has been called into question.

The Sanders campaign should be celebrating, but not for long, as they still have a huge uphill battle to fight. They are still down by around 300 delegates (not including super-delegates), and he will need to pull to an outright lead in order to woo some of these super-delegates away from Clinton.

In the end though, the person who gains the most from this is Donald Trump. Right now, he is the de-facto nominee, and since he has no one running against him, he can focus his time and energy into formulating his national strategy, and go after the Democrats. Meanwhile, Sanders and Clinton will spend the next months fighting each other, while Trump sits back and throws gas on the fire. No matter who comes out as the Democratic nominee, they will be months behind Trump and still be trying to brush off the dirt from the primary as they fight on the national stage.

The most interesting thing about the West Virginia Primary was that there were six names on the Democratic ballot:

Who are all these other candidates? 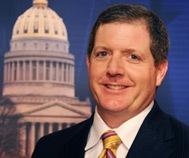 Paul Farrell: an American attorney, Paul Farrell does not dream of winning the election, or being on the ballot in any other states. He aims to bring attention to the areas of west Virginia that have been economically decimated by the move away from coal, and wants to bring clean energy and rebuild power plants in West Virginia. 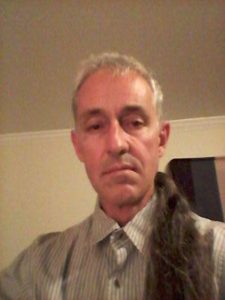 Keith Judd: a candidate that is not taken seriously, even though he has garnered a lot of support in the past. He was released from prison after beign convicted and sentence to 17+ years. He has run in multiple elections, and in 2012, he came in 2nd, with 40% of the votes in West Virginia! He remains on the ballot for California for this election. 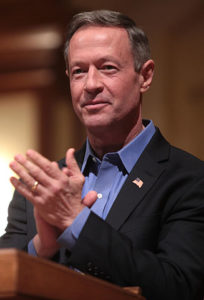 Martin O’Malley: was the third candidate in the campaign early on, but suspended his campaign in February. He was already on the ballot, so he would not be taken off. 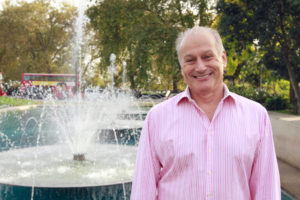 Rocky De La Fuente: a successful owner of 27 car dealerships, Rocky hails from San Diego, California. He was awarded the title of Doctor Honoris Causa from UNESCO as a recognition for his service as an international business ambassador. He is a successful entrepreneur who started with nothing and built himself up from there.