The current situation in Greece is critical. Six years of austerity measures implemented by previous governments as a condition of the bailouts in 2010 and 2012 have left the economy in shambles–with 4 million Greeks now in the breadline and economic activity declining by 25%.

Businesses aren’t hiring, and some people aren’t paying their debts to the banks or their taxes to the government. Ordinary people are suffering, so they voted for a change.

Syriza, the radical left-wing party which leads the newly elected coalition government, must now petition the eurozone to negotiate an economic strategy which will ensure their continued support.

The goal of the Syriza government in the talks with the eurozone is to write off some of the €310 billion debt which is killing their chances of economic recovery. Elected by protest vote on a platform of ending austerity, rehiring public servants, and reversing wage cuts, Syriza isn’t the eurozone’s ideal cooperative government, so this will prove to be a difficult task.

What can be done to solve Greece’s economic crisis?

The strategy should focus on four points: stability, liquidity, investment, and reform. 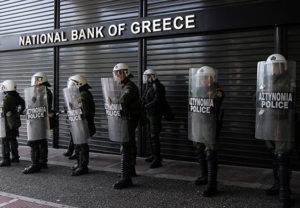 For the sake of economic stability in Greece, the Mediterranean region, and the EU as a whole, the Greek government must commit to avoiding a Grexit.

There is a lack of confidence in the stability of Greece which is leading to low investment. Investors need assurance that Greece won’t swing into indecision about leaving the Euro, causing another massive disruption. Investment in Greece in 2014 was only 12 percent of economic output, ranking it extremely low (121 of 124 countries) according to the World Bank.

If there was a Grexit, it would lead to economic, not to mention geopolitical, destabilization in Europe and the Mediterranean. It would validate the idea that leaving the EU is a good option, and further encourage politicians like Farage in the UK and Le Pen in France. It would also destabilize power dynamics in the Mediterranean region.

These points will aid in Syriza’s current talks with the eurozone, keep investors from pulling out of Greece, and keep bank runs at a minimum. 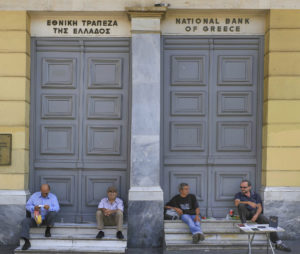 Greece’s current debt is completely unsustainable and must be restructured to allow Greece to operate.

With banks being crippled by debt and completely dependent on outside funds, it is a critical priority that the government is able to operate properly, and pay wages and pensions. Therefore, at least some portion of the debt must be written off by the IMF, ECB, and European countries.

In the short term, targeted investments should be made in specific industries to grow the economy.

Established sectors like agriculture, fishing, and tourism could yield more for the economy with modest investment, and there is an opportunity for Greece to become a major global import hub.

In order to achieve sustainable growth and a competitive economy in the long term, fundamental problems must be solved by reform.

Examples of necessary reform include: 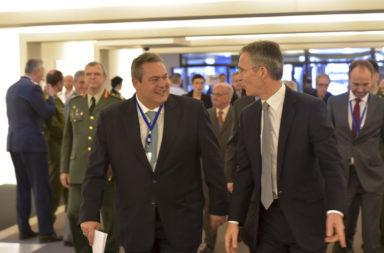