The U.S. government has doubled its reward for the notorious leader as further efforts are underway to end his reign.

The U.S. government has doubled its reward for the notorious leader as further efforts are underway to end his reign.

The United States government is offering $25 million for information that leads to the capture of ISIS leader, Abu Bakr al-Baghdadi.

The State Department released this statement on Friday announcing the reward, which is more than double the amount offered previously for the self proclaimed caliph of the Islamic State in Iraq and Syria.

“The threat that al-Baghdadi poses has increased significantly since the Department of State’s initial $10 million reward offer for information leading to his location, arrest, or conviction was announced in 2011,” the department’s Rewards for Justice Program said on its website.

ISIS has earned a reputation for unparalleled brutality in the region, under al-Baghdadi’s leadership, and officials have long described him as enemy No. 1 in the fight against ISIS.

He has only made one public appearance in 2014 since his leadership began, but was believed to be living in Mosul, although reports are now surfacing that he has fled the Iraqi stronghold given the mounting international conflict that is taking place.

In October 2015, the Iraqi military claimed that it’s air force had hit a convoy in western Anbar province that included a vehicle carrying al-Baghdadi and in the ensuing weeks reports circulated that he was seriously injured in the airstrike, but US officials have since disputed this.

State Department raises its “Reward for Justice” $$$ on ISIS leader al-Baghdadi to $25 million. Had been $10 million since Oct ’11.

How did al-Baghdadi come to lead such a brutal organization?

The major turning point was the U.S. invasion of Iraq. Although he was already radicalized, the invasion allowed al-Baghdadi to build a platform and a proving ground for the radicalization of others and to increase his network for him to gain skills in a clandestine organization, and ultimately rise through the ranks and become leader.

Al-Baghdadi is a very intelligent and academic religious scholar, and has been able to misappropriate religious doctrine in order to justify carrying out these acts of barbarianism that ISIS is now known for. He is also able to find a way around any scriptural obstacles that may get in his way.

He is exceptionally good at coalition building. His rise was through the very fractious and internally messy Islamic State and was very good at making friends on both sides of the divide.

But, he has also had a record of success. And for an organization dedicated to re-establishing God’s kingdom on Earth, the fact that they control land has given him great credibility.

Along with Abu Ghraib and other detention camps set up by the U.S. – Camp Bucca was not only where al-Baghdadi was held, was a notorious breeding ground for extremists, and is where many Sunni insurgents were held allowing them to network.

Many men who went in there not so religious ended up being radicalized by extremists; it was a common first meeting point. Practices like writing phone numbers on the inside of their underwear, so they could contact each other after leaving, were widespread.

How to bring him down?

The way ISIS, and thus al-Baghdadi, retains their influence is through the land that they control. It’s not about the individual as much as it is about the caliphate, and the land that is controlled.

It’s success is its ability to govern, so taking away the land does great damage to their cause. 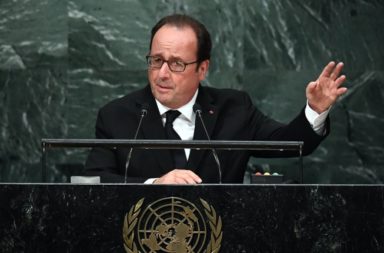