In chilling video footage captured, it has been revealed that over 10,000 blacktip sharks were spotted off the Florida coastline in the morning hours of February 12. This has raised serious concerns about the safety of those indulging in water sports or any other aqua activity. Have a look at the aerial footage.

According to a global report on sharks, there’s a startling finding. 2015 has seen the highest number of shark attacks on record, with 98 incidents being reported globally. According to statistics, the US, Australia and South Africa have recorded the highest number of victims. What is interesting, is that a large number of these attacks were unprovoked, which is cause for concern even for ardent ocean lovers. Out of these, six people were tragically killed, including a snorkeler in Hawaii. This is twice the number of mortal attacks that occurred in 2014. This information was presented in the International Shark Attack File.

George Burgess, director of the International Shark Attack File, also warns of possible attacks in the future, “We’re going to be seeing more bites north of Virginia in the east and California in the west in the years ahead, as long as this warming trend continues,” referring to warmer ocean temperatures towards the north of the United States.

Here’s surfer Mick Fanning fighting against a shark attack in July 2015 at the J-Bay Open at South Africa, shared by the World Surf League:

However, the report explains how this slew of attacks is probably due to a very different problem. As water sports and man’s aquatic activity increases in density, there is a higher chance of sharks getting disturbed and provoked enough to attack. The researchers state, “The number of shark-human interactions occurring in a given year is directly correlated with the amount of time humans spend in the sea.

As the global population continues to increase and interest in aquatic recreation rises concurrently, we realistically should expect increases in the number of shark attacks and other aquatic recreation-related injuries. If shark populations remain the same or increase in size, one might predict more attacks each year than the previous year, because more people are in the water.

Shark populations are actually declining or holding at greatly reduced levels in many areas of the world as a result of over-fishing and habitat loss, theoretically reducing the opportunity for these shark-human interactions.  However, year-to-year variability in local meteorological, oceanographic, and socio-economic conditions also factors that can significantly influence the local abundance of sharks and humans in the water and, therefore, the odds of “encountering one another.”

Once again, the message is clear – man should learn to live in co-existence with the animal kingdom, or else face the brunt of man-animal conflicts. The rise in shark attacks is yet another addition to the variety of such animal conflicts in recent times. 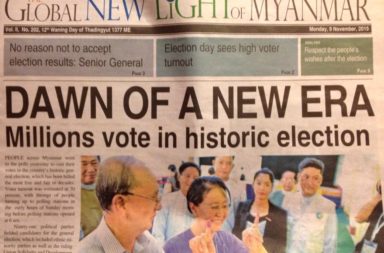