What unbelievable sacrifices did she make to serve the poor?

What unbelievable sacrifices did she make to serve the poor?

Mother Teresa was canonized and declared a Saint on September 4th, 2016, at the Vatican City. Here’s a snippet from the event:

Saint Mother Teresa served the destitute in the the Indian city of Kolkata, then known as Calcutta. Few know the many challenges she faced to do so. What are the little known sacrifices she made to achieve this mission?

Mother Teresa was born in Skopje, The Republic of Macedonia, on August 26th, 1910. She was baptised as Agnes Gonxha Bojaxhiu, and was brought up by frugal means. When she was only eight years old, her father passed away. Though her mother was struggling financially, she always welcomed the hungry or poor into their home. This left a strong impression on little Agnes. In fact, by the age of 12 she was already inspired to join the missionaries who served the destitute around the world. At the age of 18, she joined the Sisters of Loreto, and then moved to India in 1929. The rest is history. 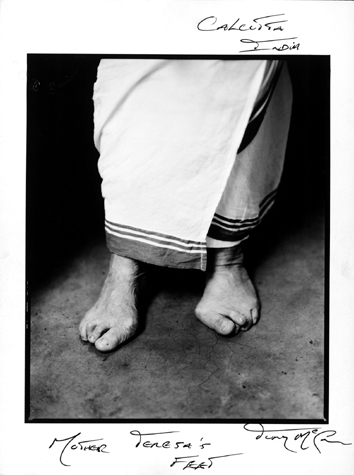 Yet, Mother Teresa always shared the mantra,  “If there is any purpose in your life, it is to reach out to the poor.”

It is definitely an inspiration for how to build our society.