WHY THIS GRANDMA KILLS ISIS TERRORISTS AND COOKS THEM

WHY THIS GRANDMA KILLS ISIS TERRORISTS AND COOKS THEM

Everyday, you read about international governments using their armies to attack Isis terrorist camps. However, Iraqi housewife Wahida Mohamed (better known as Um Hanadi) commands her own army of 70 soldiers, and had successfully fought against Isis. 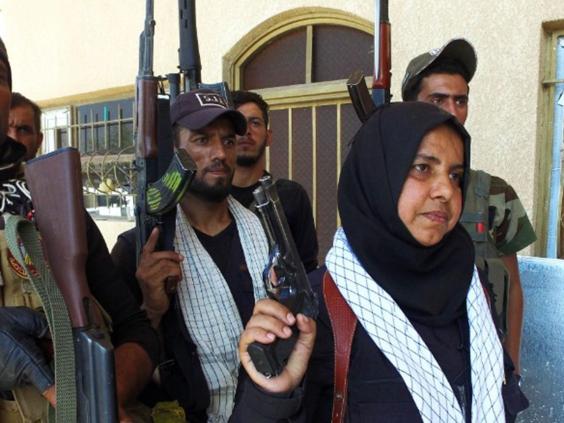 She has been helping government authorities to fight Isis militants in Mosul, a city in northern Iraq. After killing Isis jihadists, she beheads them and cooks their heads into a soup! Here’s what Hanadi says about her war against terrorists, “I began fighting the terrorists in 2004, working with Iraqi security forces and the coalition. I received threats from the top leadership of ISIS, including from Abu Bakr (al-Baghdadi) himself. I’m at the top of their most wanted list,” she brags, “even more than the Prime Minister.”

About her attacks on Isis militants, she said, “I fought them. I beheaded them. I cooked their heads, I burned their bodies. This is all documented. You can see it on my Facebook page.”

However, this has not come without sacrifices. Unfortunately, due to Hanadi’s attacks on jihadists, the Isis has killed her father, three brothers, and two of her husbands consecutively. In fact, they have tried to assassinate Hanadi herself. They placed several bombs in her car in the years 2006, 2009, 2010, 2013 and 2014. However, she has escaped them all. Hanadi said, “Six times they tried to assassinate me. I have shrapnel in my head and legs, and my ribs were broken. But all that didn’t stop me from fighting.”

She posts most of her fighting updates on her Facebook page, and encourages followers and people to check out her profile. Here are some pictures from her profile:

Being a Muslim homemaker herself, Um Hanadi is fighting against militant fanatics who are giving Islam a bad name, and using it as a source of violence. She is a great example of woman power, especially in male-dominated rural Iraq.