Hillary Clinton is the most likely candidate for president in 2016.

As the Democratic frontrunner, she is on the verge of getting the nomination and making history as the first female president. Her campaign has some unique and unprecedented advantages.

Here are 10 reasons why her presidency is inevitable in 2016:

Clinton and her team have decided to align themselves with President Obama’s administration during the campaign. This projects the image that Hillary’s presidency will be a continuation of Obama’s policies, which is in contrast to Trump, who would make wild policy changes. She will also have Obama’s strong voter groups behind her (women, African Americans, Hispanics, and lower income).

According to the New York Times, it is wise of Clinton to align with both Obama and her husband, “Mrs. Clinton and her team have decided that, on balance, the risk of lining up near Mr. Obama’s record is worth taking. Rather than run from Mr. Obama, she intends to turn to him as one of her campaign’s most important allies and advocates — second only, perhaps, to her husband, the other president whose record will hover over her bid.”

In addition to running for Obama’s “third term”, Hillary is also running for her husband’s “third term.” Bill Clinton is an important asset in Hillary’s campaign. According to an NBC/Wall Street Journal poll, 56% of people have a positive view of Bill Clinton, while only 26% have a negative view. His incredible popularity will help with voter turnout, and his strategy and fundraising abilities will be utilized heavily.

Assuming the race comes down to Trump and Clinton, there is no comparing their experience and qualifications for the role. Trump may be, by some measures, a charismatic figure and successful businessman. But, Hillary Clinton has been a Senator for 8 years and Secretary of State for 4 years–making her the most qualified for the position. 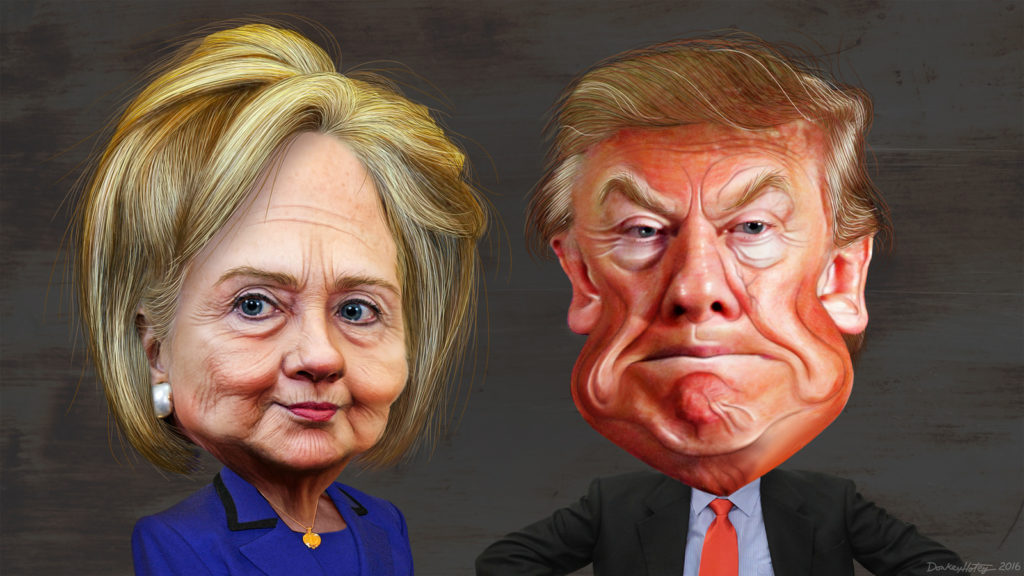 Hillary’s campaign can leverage the message that “it’s finally time for a woman president” in the same way that Obama leveraged his potential to be the first black president. This “historical candidacy” angle cannot be underestimated given that 53% of voters are women, according to exit polls in 2012. 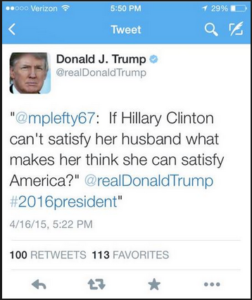 Donald Trump is constantly criticized for his sexist comments. Perhaps most famously, Fox News reporter Megyn Kelly said in August, “You have called women you don’t like ‘fat pigs’, ‘dogs’, ‘slobs’, and ‘disgusting animals.” Clinton, in addition to simply being a woman, also supports issues that appeal to female voters–namely child care, equal pay, and paid leave. It is no question who will get more of the women’s vote in 2016.

Clinton has more funding than any other candidate. Clinton has raised $256.2M, which is $74.0M more than her rival Bernie Sanders. She has also raised significantly more than Trump, $205.6M more to be exact. Her funding comes from 30% Super PACs and other groups, and 70% donations and self-funding. Trump doesn’t have that kind of Super PAC support yet, with only 4% coming from those types of groups, and 96% of his funding coming from campaign donations and self-financing.

According to a CNN/ORC poll, Clinton is leading by 13 points over Trump (54% to 41%). On specific issues Hillary also beats Trump in the polls. She is more trusted than Trump on terrorism, immigration, health care, the income gap, foreign policy, education, and climate change.

Hillary will almost certainly secure the Democratic nomination. Of the 2,383 delegates needed for a nomination, Clinton already has 2,205. With 1,159 still available, and Sanders needing nearly all of them to catch up to Clinton, there is almost no chance of Sanders getting the nomination.

Trump is the least diplomatic person in American politics. Trump may be a businessman, but his inflammatory remarks alienate large groups of people and spark conflict. On the other hand, Hillary Clinton has been America’s top diplomat. As Secretary of State, she negotiated ceasefires and defended human rights–something Trump would be ill-equipped to handle.

Hillary is seen as the “serious” candidate, a Washington insider with a relatively moderate platform who would provide at least four more years of an Obama-like White House. Hillary’s image is much more presidential than Trump. In fact, Trump’s image is more like that of a dictator, proposing ideas like banning all Muslims (1.6 billion people) from entering the US.