WHY THE TALIBAN KILLED THIS CUTE BOY

WHY THE TALIBAN KILLED THIS CUTE BOY

Wasil Ahmad, a 10 year old Afghan boy, who was declared a hero for fighting against the Taliban, has been shot dead by the insurgents while heading to school in Tirin Kot, the capital of Uruzgan province in the southern part of Afghanistan.
The little boy had become a hero to many after he fought in many battles alongside his uncle.
Ahmad’s uncle was a former commander of the Taliban who had surrendered to the government and was appointed as local police commander in Khas district.
According to local officials in the province, unknown gunmen killed him near his home on his way to school.
While the use of child soldiers is illegal in Afghanistan, there are many children operating on several fronts.
Some boys are sexually abused by the Afghan police or the militia groups which support the police, claims the Human Rights Commission in Afghanistan.
Afghanistan has signed the international agreement prohibiting the engagement of children in armed conflicts.
“Children are used for different purposes, “ says Noorzai, head of the Afghanistan Independent Human Rights Commission (AIHRC) in southern Kandahar province, “the majority of them experience sexual abuse, others do jobs such as cooking, cleaning, day patrols and even fighting in the military framework.”
Children are being recruited by the Afghanistan National Security Forces ANSF as well as opposing groups for patriotism, honor, and ideological motivation. But it is  poverty that counts as the major factor in their recruitment.
The director of the policy and advocacy organization Charu Lata in Afghanistan told The Associated Press “there is a lack of political will to address this issue and while it’s within the framework of overall human rights violations, there is a specific commitment by the government to clean it up, but sufficient measures are not being taken.”
It is also said that Wasil possibly took up arms to take revenge for his father’s death.

During a siege when his uncle got injured, “He fought like a miracle,” said Mr Samad, adding that Wasil had fired rockets from a roof. “He was successfully leading my men on my behalf for 44 days until I recovered”. Following which Wasil was welcomed back to the city, to be declared a hero by the Afghan government for leading a militia’s defence against the Taliban.Wasil soon became the centre of attention, after his picture wearing a baggy police uniform with garlands of plastic flowers around his neck was circulated widely circulated on social media.

Deputy Chief Rahimullah Khan organised the celebration and was seen posing with him for pictures. He even went around with wads of cash and handed it to the rescued men. Among a few who disagreed with the police’s celebration of Wasil and his actions, was Mohammad Karim Khadimzai, the provincial council chief of Oruzgan. “I was against this move and told the officials that instead of encouraging him to military activities that will ruin his future let him go to school. He is too young to hand him a gun” he said.

After the security transition process from International Forces to ANSF, the security situation has deteriorated in  in war-torn Afghanistan which incited Afghans to flee their country.

Rafiullah Baidar, a spokesman for the Afghan independent human rights commission said, that despite strict orders from President Ashraf Ghani last year against using children in the military, his commission still receives reports of child soldiers in the Afghan forces, specifically in the Local Police militias. He announced that the provincial government had broken the law by parading Wasil in a uniform after the Taliban siege was lifted. “If they had targeted him in a military base, then they could have raised the question of what was a child doing in a military base. But he was targeted in front of his home”, he said expressing his hostility towards Taliban’s act of killing the boy as he had moved to a civilian life. “There was no threat from this child to the armed opposition,” Mr Baidar concluded. Wasil Ahmad learned to shoot a gun at 9 years of age, after his father was killed by Taliban militants. Before long, the boy was a celebrated as an anti-Taliban fighter, credited with gunning down six insurgents last summer during battle. “He was waiting Monday at a fruit stand when he was shot down by two gunmen. He was twelve years old”, informed his uncle. His brief career and shocking death have given the world a topic to discuss about the country’s aggravating problem with child combatants and the escalating cruelty of its civil war.

The tragic story of a twelve year old Wasil Ahmad, whose chubby ten year old face, without a wisp of adolescent hair, sporting an oversized police uniform was seen across the globe as a “hero”. Today that same picture circulates as the world sees a child being assassinated outside his home. The boy’s death has made national headlines and served as a grave reminder that children continue to fight and die on all sides of the enduring hostilities in Afghanistan while being trained in combat by pro-government forces or Taliban insurgents. “Some may call Wasil Ahmad a hero,” Patricia Gossman, senior Afghanistan researcher at Human Rights Watch said on Wednesday, “but in fact, it’s a tragedy that a 12-year-old should die in this way.”

The murder exposed the shocking truth how children are being used as pawns in a reckless war, even being hailed as ‘courageous’ and ‘heroes’ for participating in violence that they shouldn’t have been witnessing in the first place. 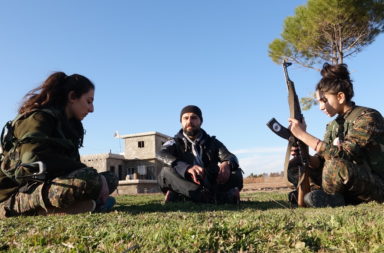