Former President spent over $30 million in renovating his palace

Former President spent over $30 million in renovating his palace

Two years after the popular uprising in Ukraine which ousted the corrupt and oligarchic President Viktor Yanukovich, the largest country in Europe is still struggling with its main political issue, ubiquitous corruption.

The ousted and exiled President Yanukovich spent over $30 in renovating his palace, which included a floating dining hall inside a pirate ship, a helicopter pad and gilded furniture and decorations inside the house. Whilst the current regime is not displaying similar feats of extravagance, corruption levels remain unabated.

Transparency International, the NGO that monitors and publicizes corporate and political corruption in international development, has ranked the Ukraine 142nd out of 175 countries listed in its Corruption Perceptions Index, a position which it shares with Uganda, behind Nigeria, Cameroon and Nicaragua.

Currently about 50 magnates, most of which hold or used to hold public offices, own circa 85 percent of Ukraine’s GDP. Over the years, these magnates have captured and corrupted the political and judicial institutions. This leads to collusion between businessmen, politicians and judges and a culture of impunity.

In one case, an IMF loan of $1.8bn meant to secure the Ukrainian banking system disappeared into offshore accounts affiliated with a bank owned by Ihor Kolomoisky, one of the country’s leading magnates.

More recently, the deputy head of the traffic police, Oleksandr Yershov, was forced to resign after Ukrainian media noticed the lavish lifestyle of his two daughters, blatantly portrayed in their social media posts.

Last month, Mikheil Saakashvili, former President of Georgia and current governor of the Odesa region in Ukraine, accused the Prime Minister Arseniy Yatsenyuk and his allies of delaying the privatisation of the Odesa Port Plant in order to maintain ongoing corruption shcemes. This accusation, allegedly prompted the interior minister Arsen Avakov to through a glass at Saakashvili during a session of the National Council of Reforms.

The estimation of how much the Ukrainian government loses to corruption varies from the government’s figure of $2.3 billion a year to $12 billion as claimed by the anti-corruption activists in Ukraine.

The international community has taken a keen interest in encouraging the rule of law and good governance in Ukraine, especially since the 2014 Revolution which witnessed the death of 100 people and prompted the Russian annexation of Crimea, a strategically crucial peninsula in the Black Sea. The US Vice-President Joe Biden has taken a keen interest in supporting Ukraine in its efforts to control corruption. He has visited Kiev four times since the 2014 Revolution.

During his latest visit, last month, Biden addressed the Ukrainian Parliament where he called for an overhaul of the office of the prosecutor general, changes in the energy sector, transparency about official sources of income and other reforms. In a press conference after his speech, Biden said “Ukraine is on the cusp. What happens in the next year is likely to determine the fate of this country for generations.” The Vice-President reminded the Ukrainian lawmakers that further development aid will be conditional upon concrete progress in the building of robust democratic institutions and implementation of anti-corruption legislation.

The Western Ukrainian newspaper, WIK, reports that the National Anti-Corruption Bureau (NACB) will soon sign a memorandum on cooperation with FBI. NACB chief, Anton Sytnyk said on 22 January that the FBI will be especially helpful in tracking down dollar cash flow.

The US government will also donate NACB equipment for electronic document flow during criminal investigations.

Regardless of the terrifying figures, not all is, in fact, doom and gloom. The 2014 Euromaidain Revolution has at least heralded a period of action towards control of corruption. Whilst fiery speeches of righteous politicians do not suffice, they create an atmosphere conducive to change.

Positive results have been achieved in the area of public procurement. The Ministry of Economy has recently developed a new e-public procurement platform called ProZorro, which will administer electronic tenders. Another successful use of technology to fight corruption can be seen in the new portal http://anticorruption.in.ua, which has to date registered complaints about corruption in education, law enforcement, licensing bodies, local government, health care, and land registries.

Finally a new law which mandates transparency in party funding and which could see party leaders charged with criminal liability of they break the rules is being drafted and is expected to enter into force in the next few months.

Whilst these are positive steps towards curing the ‘cancer of corruption’ much more action is still needed. Transparency International recommends three steps to break the vicious circle of Corruption in Ukraine: 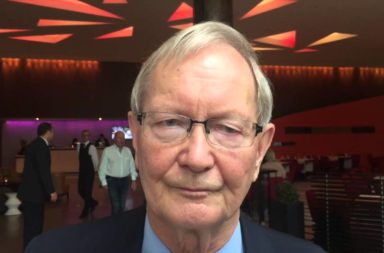 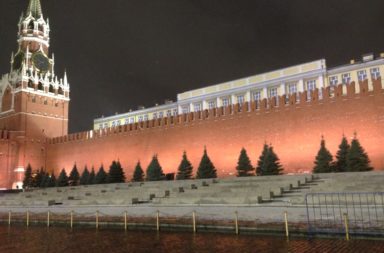 Why Real Russian Patriots have to Stop the Adventures Now 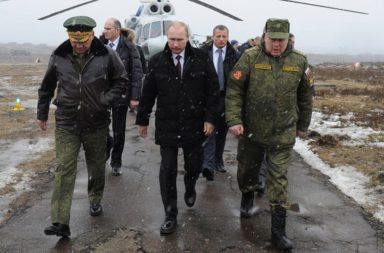