I found Taxol, a tree in the Brazilian rainforest

I found Taxol, a tree in the Brazilian rainforest

Pierce Brosnan was devastated when his former wife Cassandra Harris was losing the battle to ovarian cancer, and desperately turned to nature to find a possible cure. He firmly hoped that this could help him salvage his own life from the grief of a loved one’s impending death. While addressing a National Geographic event at the World Bank Headquarters in Washington D.C. in 2010, Brosnan explained how this experience changed him forever, “My own environmental activism was born many years ago when my late wife Cassie was diagnosed with ovarian cancer. Looking for a cure, we found hope in a drug called Taxol, which comes from the yew tree.”

However, Brosnan explained how this introduced him to the mindless destruction of forests that humans are causing. He continued, “Sadly, I was to learn that this tree, which provided us and many others with much needed hope, was being burned like a weed in the Brazilian rainforest. From Cassie’s experience, I learned that the health of our human bodies is inextricably linked to the health of our environment.”

The start of a long journey of environmentalism

Though Brosnan ultimately lost Cassandra to cancer, he found new hope in life when he met his present wife Keely Shaye while working on a green mission in Mexico! The power couple is still very much involved in fighting against over-exploitation of nature – with their latest focus being a protest against the US Navy’s plans which could have ghastly consequences for whales.

Brosnan is an equally passionate activist as he is an actor. He is a fierce supporter of nuclear disarmament, even boycotting the French GoldenEye premiere in 1995 to show solidarity towards Greenpeace’s protest against the French nuclear testing program. Allegedly, the actor first learnt about the issue in 1962, when he was only nine years old. This was during the 1962 U.S. nuclear tests in Nevada, which drew flak from the international community and received global media attention.

Standing up for marine mammals

In 2001, Brosnan was appointed as Ambassador for UNICEF Ireland. He is presently also an active member of the Sea Shepherd Conservation Society’s Board of Advisors. This explains his latest powerful environmentalist campaign, Save Whales Now, which he has launched with his wife Keely Shaye. This initiative is to protest against the US Navy’s training proposal, which threatens to endanger thousands of whales. The Navy’s mid-frequency sonar would bombard whales with intense noise up to 236 decibels, which could cause them internal haemorrhaging.. This could affect entire populations of marine wildlife off the East Coast, Southern California, Hawaii and the Gulf Coast. USA’s Natural Resources Defense Council has legally challenged the US Navy’s proposal to train with sonar and explosives, which could kill or irrevocably damage marine mammals. Brosnan’s Save Whales Now campaign aims to support this legal suit, inviting supporters to message the Secretary of Defense Chuck Hagel through the actor’s website.

Pierce Brosnan’s piercing blue eyes are definitely a reflection of the actor’s strong affection for all things marine, especially with his commendable efforts to stop the impending atrocities against creatures of the sea – even daring to challenge the US Navy to achieve it. 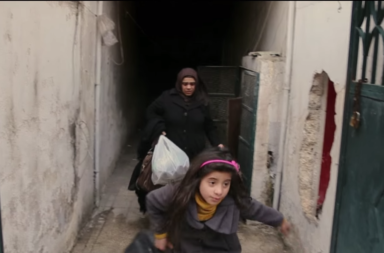