'The American people stand with the people of Brussels'

'The American people stand with the people of Brussels'

President Barack Obama and National Security Advisor Susan E. Rice talk on the phone with Homeland Security Advisor Lisa Monaco to receive an update on a terrorist attack in Brussels, Belgium. The President made the call from the residence of the U.S. Chief of Mission in Havana, Cuba, March 22, 2016.

In a Proclamation, President Obama ordered that U.S. flags be flown at half-staff in the U.S. and around the world to honor the victims of the attack. He said:

The American people stand with the people of Brussels. We will do whatever it takes, working with nations and peoples around the world, to bring the perpetrators of these attacks to justice, and to go after terrorists who threaten our people

As a mark of respect for the victims of the senseless acts of violence perpetrated on March 22, 2016, in Brussels, Belgium, by the authority vested in me as President of the United States by the Constitution and the laws of the United States of America, I hereby order that the flag of the United States shall be flown at half-staff at the White House and upon all public buildings and grounds, at all military posts and naval stations, and on all naval vessels of the Federal Government in the District of Columbia and throughout the United States and its Territories and possessions until sunset, March 26, 2016. I also direct that the flag shall be flown at half-staff for the same length of time at all United States embassies, legations, consular offices, and other facilities abroad, including all military facilities and naval vessels and stations. 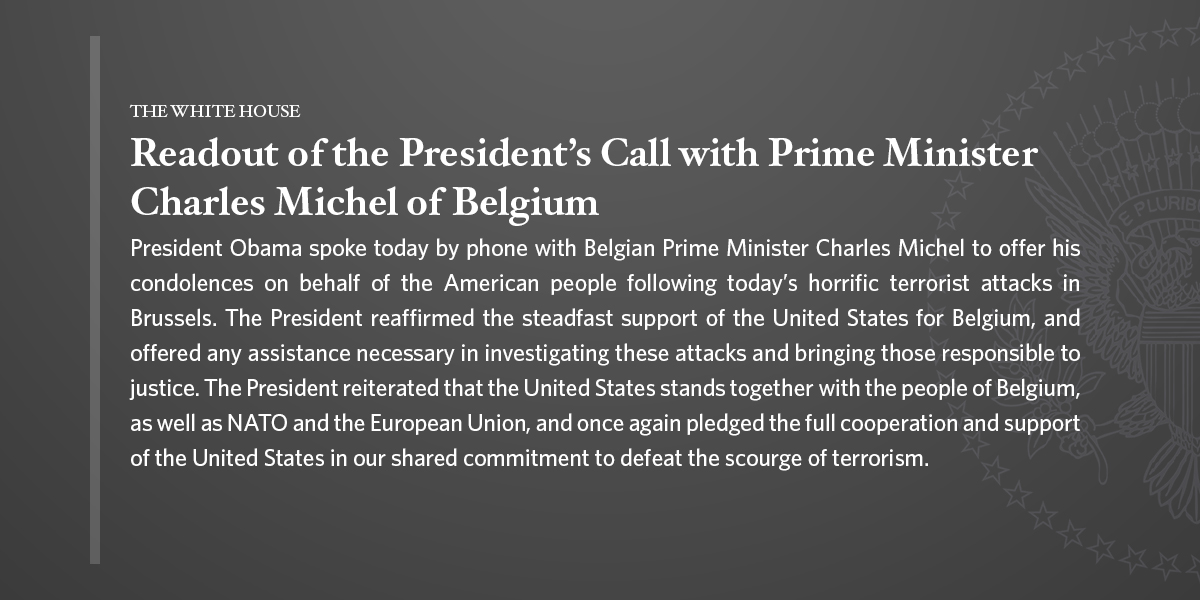