The controversial case revolved around the publication of a sex tape involving Mr. Terry G Bollea (aka Mr. Hogan) and Mrs. Clem. It was shot sometime during the mid-2000s and resurfaced in 2012 on Gawker.com.

Hulk Hogan also known by his legal name Terry G. Bollea was awarded $115 million in indemnities on Friday by a Florida jury in an “invasion of privacy” case against Gawker.com over its publication of a sex tape featuring Mr. Hogan. He had asked for $100 million during the trial as compensation for emotional and public stress he had to endure. An astounding figure was rewarded as a cautionary signal to online publishers despite the prospect of Gawker. Terry G. Bollea is said to have sobbed as the verdict was announced in late afternoon, according to people in the court. Mr. Bollea’s team said the verdict signified “a statement as to the public’s disgust with the invasion of privacy disguised as journalism.” The jury considered the case for about six hours before verdict. “The verdict says, ‘No more.’ ” declared Mr. Bollea’s crew.

The compensations awarded to Hogan on Friday were inclusive of $55 million for the economic damage and $60 million for the emotional distress. Penal damages were recognized separately, which increases the prospect that Gawker will have to give in to a detailed inspection of its finances in court so that the jury can evaluate the damages. Kenneth Turkel, an attorney for Mr. Hogan described the video in question as “just porn” during the trial. Nick Denton, founder of Gawker, said in his statement that the jury did not catch all the facts. “We feel very positive about the appeal that we have already begun preparing, as we expect to win this case ultimately,” he stated. The case at hand- in Pinellas County Circuit Court, centered around a grainy black and white tape made sometime in the mid-2000s, which showed Mr. Hogan having intercourse with Todd Clem’ wife, a friend of his at the time and also a radio shock jock who changed his name to “Bubba the Love Sponge Clem” legally. Gawker posted an excerpt in 2012 by Albert J. Daulerio, the site’s former editor that contemplated on the appeal of celebrity sex tapes. Mr. Hogan clarified his friendship with Mr. Clem, and how he had encouraged Mr. Hogan to sleep with his wife.

Mr. Hogan’s attorneys claimed that the publication of the video was a blatant invasion of privacy. It contained no value as news of any kind. Kenneth Turkel teased that Gawker posted the video as an act of journalism and was hence protected under the First Amendment. He called the publication of the video as “morbid and sensational prying.” He explained how if the site’s editors had been following the rules of journalism, they should have contacted his client to get his permission for the publication of the video, or at least warned him before doing so. Mr. Turkel added that it had served as fodder for readers’ clicks and a source for advertising revenue. Gawker argued that the posting of a brief excerpt of the tape was protected by the Constitution, and that Mr. Hogan had forfeited his right to privacy by talking in public about his sex life. “He has consistently chosen to put his private life out there” said Michael Sullivan, a lawyer for Gawker. “He has chosen to seek the spotlight”. “The public discussion was already going on,” Mr. Sullivan said referring to Mr. Hogan’s discretion on television (TMZ) and other interviews. Mr. Daulerio, also listed along with Mr. Denton, joked about child pornography in his testimony, which stunned the court. In his closing statement Mr. Sullivan insisted that revealing secret activities of public figures “is what journalist do, and at the end of the day it’s what we want journalists to do.”

The sense of the verdict is not clear, but a Manhattan media company said the topic is fair play. It was brought on by a celebrity fighting for privacy and it resonates across the industry .The verdict is a setback for Gawker, which has re-branded itself as a politics site. Ever since it published the tape it has sought to clean up its image in the wake of scandals. The company is required to post a bond at $50 million before appealing, but it will certainly appeal the bond. The effect on the company that employs about two hundred and fifty people across seven websites is undisclosed. The company took an outside investment for the first time, specifically to prepare for this case, and was confident that it can meet any financial strains the case demands. On Friday, Gawker said its team was “disappointed the jury was unable to see key evidence and hear testimony from the most important witness.” Mr. Clem, who according to documents opened on Friday, had initially told federal investigators that Mr. Bollea was aware that his rendezvous with Mrs. Clem was being recorded. But then later changed that, on account of being sued by Mr. Bollea, saying he did not know a camera was existent. Fearing that if he testified he could be subjected to prosecution for changing the accounts of the events, Mr. Clem invoked his right and was not called as a witness.  During the three and a half years since the lawsuit was filed, Mr. Clem had testified only once under oath and then he had “confirmed that Terry Bollea had no knowledge of being filmed or anything to do with it” stated Mr. Hogan’s team.

Jurors in the sex tape case ignored a plea for mercy Monday and added another $25 million to the $115 million they already awarded ex-wrestler Hulk Hogan. The jury pondered for four hours before deciding on the punitive part of the case. The six jurors said that Gawker was liable for $15 million in punitive damages and Mr. Denton was liable for $10 million. Mr. Daulerio was found liable for an additional $100,000.

The jury, made up of four women and two men, hit Gawker with the surprising $115 million in damages on Friday. “I feel great. I’m really happy about everything that’s happened,” Mr. Hogan said outside the courthouse in St. Petersburg, Florida. “I think we made history today because I think we protected a lot of people from maybe going through what I went through. So we’re very excited, very happy.”

Shortly following the verdict, Gawker President Heather Dietrick said that she was assertive that the online news site would win the case on appeal. She cited a trove of documents that the jury had not seen and testimony that was not allowed to be heard. “There is so much this jury deserved to know and, fortunately, that the appeals court does indeed know. So we are confident we will win this case ultimately based on not only on the law but also on the truth,” she added. Monday’s result came after Judge Pamela Campbell told the jury what each of the defendants was worth and lawyers had made their respective arguments. For the company, it is $83 million, and for Mr. Denton, the number is $121 million. Mr. Daulerio has no assets, but indebted $27,000 in student loans. “Literally everything was done with a complete and reckless disregard and intent to harm this man,” said Mr. Turkel referring to Mr. Hogan.

Gawker attorney Michael Berry’s closing argument amounted to a mercy cry stating, “An additional punishment is unnecessary.” He said the verdict given last week will be in fact “financially devastating” to Mr. Denton, and would bring “financial ruin” to Mr. Daulerio. Even the $115 million awarded to Mr. Hogan “exceeds the value of the entire company by $30 million,” Berry pleaded. He told the jurors that their decision would have far reaching repercussions on the entire news media industry. “Your verdict will send a chill down the spine of writers, producers and publishers throughout the country,” he said.

“For a jury to say that a celebrity has a right to privacy that outweighs the public’s ‘right to know,’ and that a celebrity sex tape is not newsworthy, represents a real shift in American free press law,” said Professor Samantha Barbas, a law professor at the University at Buffalo whose research focuses on the intersection of the First Amendment, media and privacy. “It could have a profound impact on privacy rights and also free press rights” in the United States she added. The case embodied a peculiar clash of worlds, and was a surreal spectacle. 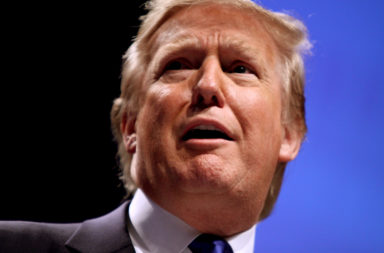