Prof. Mohammed Khallouk is an expert in Islamic Thought and Politics, Political Islam as well as skilled in intercultural dialogue between the West and the Islamic World. He received his PHD in 2007 in Political Science at the Philipps- University of Marburg, Germany. His M.A. degree at Marburg University in 2003, based on his thesis about the possibility of peace between Israelis and Palestinians, was honoured with the German Academic Exchange Prize. He also received a M.A. degree in Arabic and Islamic Thought at Mohammed V University of Rabat, Morocco, in 1997. Khallouk served as a lecturer in Political Science from 2008 to 2012 at Philipps University of Marburg and from 2010 to 2012 at the University of German Federal Armed Forces Munich. From 2014 to 2015 he served as Professor for Islamic Studies at Qatar University, Doha. He has allready published in German, English, French and Arabic about political and Islamic topics in several journals, newspapers and magazines, such as the German journal "Dialogue and Critic". He currently has an habilitation thesis. 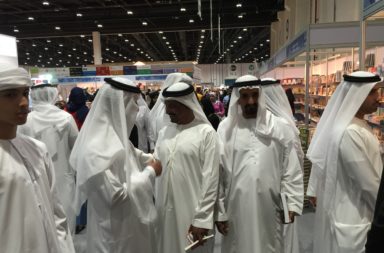 WHY ‘COMPASSIONATE JUSTICE’ IS NEEDED IN ARAB COUNTRIES

Khallouk: As a former U.S. ambassador in the UAE you have watched the political and …