U.S. Senator Cornyn, member of the Republican Party, was first elected to the U.S. Senate in 2002, and is currently serving his third term after being reelected in 2008 and 2014. In addition to serving on the Senate Finance and Judiciary Committees, Sen. Cornyn serves as the Majority Whip, the second-highest ranking position in the Senate Republican Conference. A San Antonio native, Sen. Cornyn has served the people of Texas for the last three decades, as a district judge, a member of the Texas Supreme Court and Texas Attorney General, before representing the Lone Star State in the U.S. Senate. 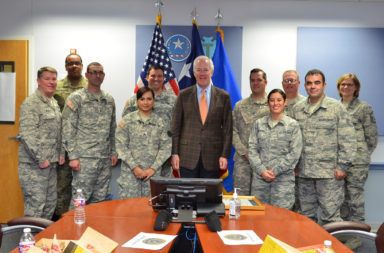 WHY OBAMA’S ANTI-ISIS-STRATEGY IS NOT WELL-DEFINED, OR SUFFICIENT

ISIS, a successor organization to al Qaeda in Iraq, has taken advantage of tremendou…