U.S. Senator Richard J. Durbin, a Democrat from Springfield in Illinois, serves as the Assistant Democratic Leader, the second highest ranking position among the Senate Democrats. Also known as the Minority Whip, Senator Durbin has been elected to this leadership post by his Democratic colleagues every two years since 2005. Elected to the U.S. Senate on November 5, 1996, and re-elected in 2002, 2008, and 2014. Durbin sits on the Senate Judiciary, Appropriations, and Rules Committees. He is the Ranking Member of the Judiciary Committee’s Subcommittee on the Constitution and the Appropriations Committee’s Defense subcommittee. 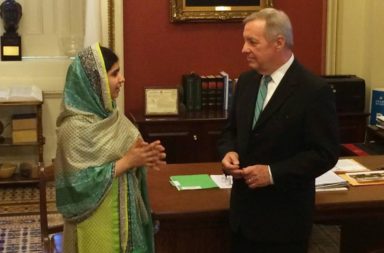 HOW WE IN THE US SENATE WILL STOP ISIS TERROR

ISIL (ISIS, IS or Daesh) is an extremely violent and dangerous jihadist terror organ…