Ben Carson not Fit for POTUS?

Ben Carson not Fit for POTUS?

Is he suffering from the rare disorder narcolepsy?

Is he suffering from the rare disorder narcolepsy?

Sometimes it seems the Republican presidential candidate falls asleep during interviews and speeches. Or is he just concentrating and praying?

Right now the poll from “Real Clear Politics” shows Ben Carson 24.4 percent behind the frontrunner Donald Trump. The retired neurosurgeon has always worked hard for where he is now.

As neurosurgeon Ben Carson had an outstanding career. In 1984 he was appointed the director of the pediatric neurosurgery of the John Hopkins Hospital in Baltimore. He was the youngest head physician ever to be appointed in the U.S. In 1987 he became famous for the first ever separation of siamese twins. To him it’s obvious that God helped him with this remarkable way as a doctor. (“I had the sense that God not only wanted me to be a physician, but that He had special things for me to do.”) In 2013 he ended his career as neurosurgeon.

His next goal is to become the second black president and the first black Republican president of the U.S.

But since he started running for presidency Carson seems to be losing his energy. Often the Republican candidate seems tired while giving interviews or speeches. Sometimes he closes his eyes for so long you don’t know if he is awake. In his infamous pyramid speech from 1998 he looked much more focused than he does today.

In his autobiography Carson had written in the 1990’s, that his behavior is due to a “pathological temper – a disease- and sickness controlled me, making me totally irrational”.

People like the “Huffington Post” reporter Daniel Marans or the political talk radio personality Jay Severin speculate it could be the neurological disorder narcolepsy. But what is narcolepsy?

The definition by the Stanford Medicine Center of Narcolepsy: “Narcolepsy is characterized by permanent, overwhelming feelings of sleepiness and fatigue. Other symptoms include abnormalities of dreaming sleep, such as dream-like hallucinations and feeling physically weak or paralyzed for a few seconds.” According to Stanford Medicine Center of Narcolepsy the illness “affects 1 of 2000 Americans” and “currently, most individuals with the disorder remain undiagnosed and untreated.”

Globalo talked to a freelance musician who is 44 years old and who has suffering from the disorder for six years without knowing it. He has been to several doctors but no one could tell him what he has. Even though he knows now that he has narcolepsy there is no cure. He said:“They can just help the side effects with medications but not cure it.” For the musician the side effects are: daytime sleepiness, weakness and hallucinations.

“Especially the hallucinations are weird. Sometimes I really do think things were how I saw them but they were not.” According to Stanford “the patients experience dream-like auditory or visual hallucinations, while dozing or falling asleep.”

But what if you believe what you experienced during this illusions? Do you believe Joseph built the pyramids? And do you think God had special things for you to do?

When we showed him different videos of Carson he said:

“When I watched the videos I can see why you would think Ben Carson has narcolepsy. First his eyes: Sometimes they are closed while he is speaking and they are closed a little too long. I know that feeling. Sometimes it’s just too hard to keep them open. Second his speaking: In some Videos his muscles seem to be a little bit out of control. It’s a another side effect which I know really well. I don’t know if he has narcolepsy but especially cause he is a neurosurgeon he should go and let it check”

So is Ben Carson physically and mentally strong enough to be the commander-in-chief and POTUS in control of many bombs?

His strange behavior and speaking habits would weaken him in office for sure. It will reduce his credibility. At the end it could also reduce his power and that of the United States. This is sad to notice, but needs careful considerations in the GOP. Ben Carson is a friendly likable man and some points he might be right, but in the end he seems physically and mentally not fit for the job as POTUS.

But who knows maybe we’re wrong and the Lord will help him winning the presidential run.

We asked his press office for clearance, but got no feedback yet.

This video shows you the strange speaking-habit of Ben Carson. 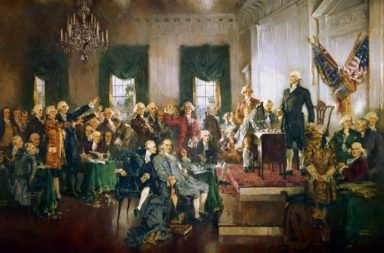