As the US looks to be sidelined, a nationwide ceasefire in Syria negotiated by the Turkish and Russian governments takes effect

As the US looks to be sidelined, a nationwide ceasefire in Syria negotiated by the Turkish and Russian governments takes effect

The Syrian government and opposition rebels have agreed to a ceasefire, as announced by Russian President Vladimir Putin on Thursday.

The country’s long-running civil war may finally be nearing a solution, nearly six years after it began. Putin said the two sides had also agreed to enter peace talks.

Turkish Foreign Minister Mevlut Cavusoglu said earlier that Russia and Turkey would be guarantors to the agreement.

The Turkish Ministry of Foreign Affairs said that groups such as ISIS and others considered to be terrorist organisations by the UN Security Council would be excluded.

Usama Abu Zeyd, the Free Syrian Army’s spokesman, said the rebels had held no direct talks with the Syrian government or Iran during the truce talks and insisted that Assad would have no place in the future of Syria.

“The ceasefire covers all the territories of Syria and it extends to include all the groups fighting under the Syrian armed opposition,” he said, adding that the rebels had agreed to start peace talks.

“Reports have just arrived that several hours ago there was a development that we all have looked and worked for so long,” Putin said.

“The agreements reached are, no doubt, very fragile and they demand special attention and follow-up in order to keep them and develop them,” he said.

“Now we need to do everything for these agreements to work, so that negotiators would come to Astana and would begin to work on real peace process. I call on the Syrian government, armed opposition, all countries involved to support these agreements.”

However, the documents have been signed indicating a readiness to enter into peace talks and end the conflict. Putin and Syrian President Bashar al-Assad discussed the agreement by telephone Thursday, according to a statement from the Kremlin. Assad has agreed to comply.

The nationwide ceasefire agreement is fragile because it relies on many different fighting factions to lay down arms, with groups from Lebanon, Iran and Iraq fighting alongside Assad’s forces.

From Ankara, the legal adviser for the Turkish-backed Free Syrian Army, Osama Abu Zeid, called the agreement “a complete truce with no exceptions or preconditions” that included “all areas and military factions in Syrian opposition territory.”

“The main goal is improving the living conditions for Syrian citizens,” he said.

“Our message to the Syrian population (is) that our fingers will remain on the trigger and we will present all sacrifices and we will take every path that will alleviate the suffering of the Syrian people.” 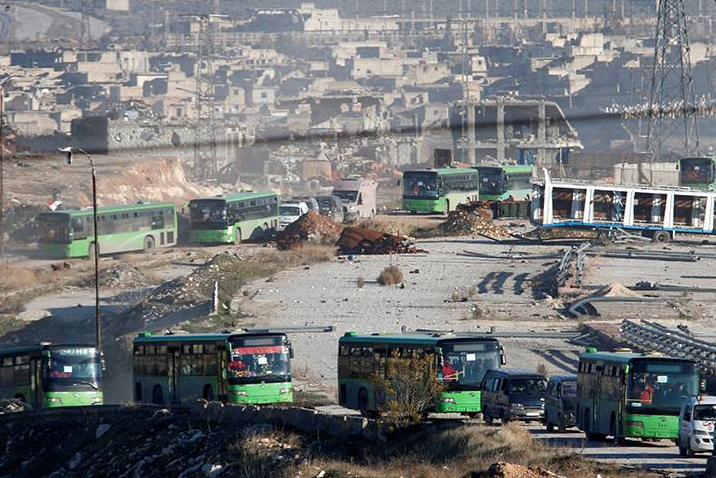 Some still are not towing the line

Hadi Al Bahra of the Istanbul-based opposition Syrian National Coalition told CNN on Thursday that the ceasefire negotiations involved the military and humanitarian sides of the conflict, not Syria’s political future.

“Assad is a big part of the problem; he doesn’t have the capacity to really go forward with the peace agreement,” he said of Syria’s President.

The Syrian rebel group Ahrar al-Sham did not sign the ceasefire agreement, a spokesman said.

“Ahrar al-Sham has a number of reservations over the proposed agreement and the negotiations,” the spokesman, Ahmad Qura Ali, said via Twitter. “We will make clear our reservations in due course.”

Of course, it is not a certainty that the Assad regime will honour the agreement.

Syria ceasefire is now in effect, until Assad and his thugs start shooting and bombarding civilian homes of course.

This ceasefire follows the prior agreements brokered by Turkey and Russia in Aleppo. Although most were broken, one held up and allowed the eventual evacuation of tens of thousands of rebels and civilians to leave the city’s east – a rebel stronghold for the past four years.

Following that, it was declared that Assad’s regime had gained full control of Aleppo, signifying a major turning point in the conflict.

Turkey differs with Russia on it’s stance on Assad. Turkish President Recep Tayyip Erdogan stated last month that Turkish forces entered Syria to help end Assad’s rule, whereas Russia is Assad’s most powerful ally and has been propping up the regime with airstrikes since September 2015. This conflict leads to a myriad of issues.

Erdogan on Thursday said the ceasefire “opportunity in Syria shall not be missed. The parties in Syria will not expand the territories they have control over”.

Putin has said that Russia would begin scaling back its involvement and military presence in Syria although it would continue to support the “legitimate Syrian government in its struggle with terrorism”. What will change exactly remains to be seen. 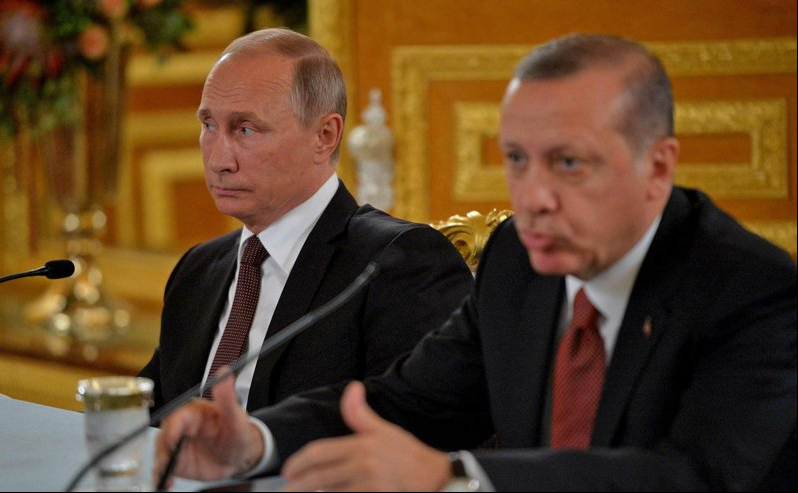 The UN Security Council has been widely condemned for failing to find a solution to the conflict, but Russia has been a constant thorn in the side of any resolution, using its veto power as a permanent member every time.

Turkey and Russia appear to be sidelining the United States. The US has always been a dominant force in any global foreign policy directives, but they have been leading a coalition to fight ISIS in Syria and have strongly opposed any attempts to keep Assad in power.

Although Turkey has worked with the US in the past to fight ISIS in Syria, it has begun to work more and more closely with Russia in the region.

US State Department spokesman Mark Toner acknowledged that Washington was not part of the negotiations but said the agreement was “a positive development.”

“An inclusive Syrian-led political process between the Syrian regime and the opposition is critical for establishing a durable settlement to this conflict,” he said in a statement.

So Turkey-Russia has brokered #SyriaCeasefire that is nw in effect. Bwoooy….You getting soft Uncle Sam? #USrelevance where are you?

Turkey has recently joined Russia in accusing the US of arming what they perceive to be terrorist organisations.