Will Greece Ever Be Able to Stand On Its Own?

Will Greece Ever Be Able to Stand On Its Own?

While the world is focused on the Brexit, Greece accepts yet another austerity package.

While the world is focused on the Brexit, Greece accepts yet another austerity package.

More than a month after European finance ministers agreed much-needed Greek bridging finance on 24 May, storm clouds persist above Athens.

The broader scenario for peripheral euro area economies looks bleak. A looming Greek recession could be accompanied by a worsening of the Italian banks crisis, in which an excruciating round of forced recapitalisations seems likely following a stand-off with the European Commission over state aid for failing banks.

In the first quarter of 2016 the Greek economy officially shrank by 1.4%, while consumption was down 1.3% compared with the same period in 2015. Prices have been falling steadily: the negative inflation rate for June was 0.7%.

A toxic mix of restrictive economic measures, deflation and recession is unlikely to give Greece the  respite needed to exit the European Stability Mechanism’s support facility in 2018, as some had hoped. Yet continued ESM support may not be enough to prevent the Greek economy’s further decline. This outcome could eventually culminate in Greek departure from the euro – especially under the confused circumstances following the UK vote to leave the European Union.

On 24 May, the script from the Eurogroup finance ministers’ meeting seemed more positive, with the release of €10.3bn of new loans, allowing repayments to public and private creditors and covering salaries and pensions payments until the beginning of 2017.

At that point, Greece will again be in dangerous waters. Some suspect that the ideal result for the German finance minister would be to postpone the next – inevitable – Greek liquidity crisis until after German federal elections in autumn 2017.

Yet Greece’s distressed public finances may not be able to withstand the negative impact of the latest austerity plan passed by parliament. The plan – the toughest since the crisis started in 2009 – is one of the Eurogroup’s conditions for unlocking the next tranche of aid. A sales tax increase to 24%, the ending of tax benefits for islands and large increases in the price of fast-moving consumer goods will have recessionary effects, exacerbating the consequences of pension cuts and other restrictive measures.

Fiscal tightening when an economy is threatened by recession is always a bad idea. Moreover, tax collection has been declining for years because of a reduction in the tax base and higher levels of evasion.

The Eurogroup has stressed its willingness ‘in principle’ to agree debt relief at the end of the ESM adjustment programme in 2018. The official European position, backed by the International Monetary Fund, is to reprofile debt with a grace period of at least 20 years and a 1.5% interest rate cap. However, such a deal would collapse like a house of cards if underlying estimates on primary surpluses, GDP and inflation turn out to be unreliable.

Deflation adds to the weight of the €320bn public debt, a position that reprofiling cannot resolve. I have always been in favour of an immediate debt write-down – writing off an amount equal to the market’s evaluation of traded bonds which, at the height of the crisis (July 2015), could be estimated as equal to €150bn. This would improve debt sustainability. Creditors would write off part of their credits but increase the likelihood they can recover remaining claims.

Historically, such a write-off has allowed countries in default to return to capital markets within a decade or so (Mexico in 1994, Russia in 1999, Argentina in 2002). Markets are willing to lend again at reasonable terms, since default on unsustainable debts makes the reimbursement of new bonds more probable.

Unfortunately, the private market for Greek government bonds has almost disappeared, since bond prices (inflated by the ESM bail-out) are no longer a fair evaluation of the government’s creditworthiness.

This is just one more hurdle standing in the way of a genuine Greek debt restructuring that could pave the way for sustainable growth.

Marcello Minenna is a Rome-based Ph.D. Lecturer at the London Graduate School of Mathematical Finance. 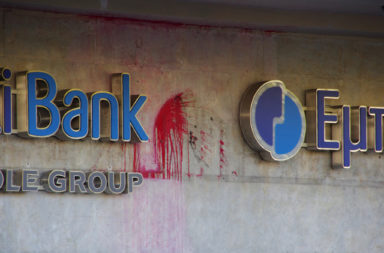 How to Solve Greece’s Economic Crisis