Why healthcare will always be a thorny issue for American government

Why healthcare will always be a thorny issue for American government

The Trump administration’s attempt to introduce the American Health Care Act has failed. It drew fervent criticism straight off the bat from both sides of the aisle. Right wing groups nicknamed it ‘Obamacare lite’ and Democrats decried it as a ‘dumpster fire of a bill’. Amid the furor surrounding the ‘repeal and replace’ effort, it is perhaps time to look at the root causes of the eternal healthcare conundrum.

The American Health Care Act never really stood a chance. Less than two months into his presidency, Trump has experienced a major loss. And as the man for whom winning is everything – this will be a huge blow.

Donald Trump’s – read Paul Ryan’s – healthcare bill had been the topic of fierce discussion for two weeks. In that time it had taken a barracking from the entire political spectrum. With right-wing groups and many Republicans united in disdain of the perceived lack of change it proposed.

The Club for Growth president, David McIntosh, said the group, that keeps scorecards of how Republicans vote on certain important issues, would downgrade Republicans who support the House bill: “If this warmed-over substitute for government-run healthcare remains unchanged, the Club for Growth will key vote against it.”

Minority house leader Chuck Schumer was equally unconvinced: “After seven years of talking about the same thing over and over again, you’d think the Republicans would have been able to come up with a better plan than this.”

Ryan’s plan was based on government tax credits, regulation of the insurance industry and government funding to ensure that those with low-income remain insured. Critics are incensed by the huge tax breaks it will offer to rich people, as well as its proposed cuts to funding for Planned Parenthood and other provisions.

The key issue for Democrats was based on the amount of people who would have lost coverage. An analysis by the Congressional Budget Office (CBO), estimated that 14 million more people would be uninsured next year under the legislation than under under the currently arrangement – a figure that was anticipated to rise to 24 million by 2026.

Conservative opponents said the legislation would keep many Obamacare regulations and mandates that have caused steadily increasing insurance prices, would create a new entitlement in the form of tax credits and failed to embrace the ideals of the free-market.

Now that the bill has been defeated the arguments about healthcare will continue. While the parties bicker amongst themselves about the best way to alter or replace the ACA, it is pertinent to look at the deeper issue lying at the heart of the contentious debate. That is, that the US has yet to decide what Healthcare means.

The discourse over health care generally revolves around small changes that can be applied without huge uproar, and be passed. In this vein we have seen changes from administration to administration which has had the result of producing layer upon layer of health programs. From Medicare and Medicaid, to the HMO Act and ERISA of the 1970s, to HIPAA and EMTALA in the 1990s, to the ACA.

That is not to say that these small changes don’t have huge effects – the 14 million people who may lose coverage due to the AHCA are testament to that. But these changes have only further distanced the positions of opposing groups, and tensions over policy are at an all time high.

These programs all walk the tightrope between the two opposing pillars of health care: individual choice and equality. They have gone about this in different ways, however, resulting in the complexity we see today. Trump himself bafflingly confirmed this in a tweet: “Nobody knew healthcare could be so complicated!”

After a century of toing and froing, discourse is necessary to decide whether health care falls into the category of goods that people should either pay for on their own or go without. Obamacare certainly leaned towards social solidarity, and many Americans agree. 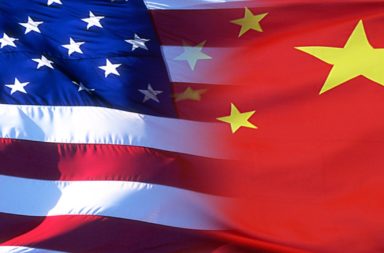 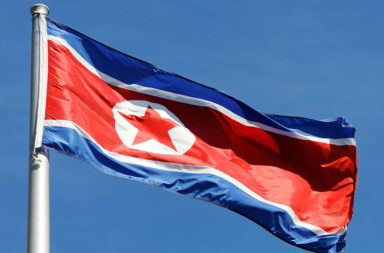 Why China’s Stance Towards North Korea is Changing