What a Unique Home in Space!

What a Unique Home in Space!

Need to know for Mars mission

Need to know for Mars mission

The International Space Station serves as home, office and recreation room for astronauts. It is one world for all.

They share this confined space far above the Earth with crew members from different countries and cultures for as long as six months or more.

At the same time, maintaining individual well-being and crew harmony is important for the crew and mission success.

The Culture, Values, and Environmental Adaptation in Space (At Home In Space) investigation, sponsored by the Canadian Space Agency, looks at changes in perceptions about home in space and the ways a unique culture may develop aboard the station during a mission.

Participants answer a series of questionnaires before, during and after flight, enabling researchers to see whether perceptions and the relative importance of values change over the course of a mission. Questions explore individual and culturally related differences, family functioning and relationships, personal values and coping with stress.

“This is the first study to look at the extent to which a unique, shared space culture develops, whether crews develop customs and celebrations that are part of being on the station and different from what they would do on Earth,” explains Phyllis Johnson, principal investigator, Department of Sociology at the University of British Columbia in Vancouver, Canada.

Researchers expect to see a relationship between creation of a space culture and how crew members respond to different situations.

“They might be more of a team because of that culture and it might be a way to decrease stress,” Johnson said.

The investigation also takes the first look at how crew members adapt their living quarters to make them feel like home. Historically, astronauts have taken into space personal items such as photographs, children’s drawings and hobby activities. But no one has asked crew members how important it is to have these things with them.

The study also examines the effects on astronauts of their prolonged absence from family and familiar life on Earth. 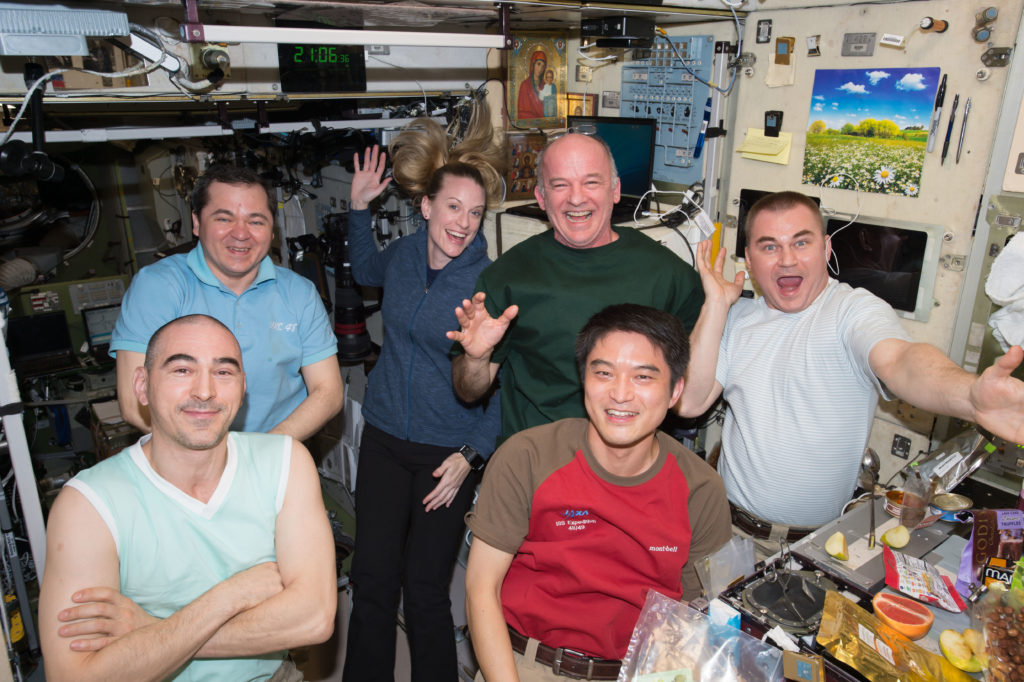 Investigators note that this work goes beyond traditional space psychology’s emphasis on problems, though.

“It is important to recognize and measure positive effects of being in a challenging environment such as space,” said co-investigator and psychologist Peter Suedfeld, also at the University of British Columbia. “We look at personal change in attitudes and perspectives once back on Earth to see the effects on an individual’s life after such a dramatic experience.”

For multi-year missions, such as voyages to Mars, this work could lead to more effective ways for astronauts to feel at home and to integrate with fellow crew members.

“If we can help them be comfortable and happy, it helps morale and the success of the mission, and reduces potential problems,” Johnson said.

Some communities on Earth experience conditions similar to those in space, including oil rig workers, crews on long-voyage tankers and cargo ships, researchers in remote locations such as the Antarctic and those on long military deployments. Older Americans in group housing also experience similar limits on living space, privacy, autonomy and control over their social and physical environment. This work could help make these groups feel more at home as well.

By helping to identify the most effective ways to make astronauts feel comfortable, this research will ultimately lead to happier and more productive crews on long missions where stress and tension are unavoidable.

“I compare a Mars mission to Earth’s early explorers, historic expeditions where people were isolated, confined to a vessel, in a dangerous outside environment and limited communication with home,” said Suedfeld. “What do we do to make the similar experience of long duration spaceflight better?”

Text and photos from NASA