IS perversion continues: he blew himself up in an armored vehicle

IS perversion continues: he blew himself up in an armored vehicle

The latest propaganda video released by ISIS proves once again that the terror group will stop at nothing to shock global audiences with its limitless brutality. It shows a young boy brainwashed by the Islamic State to commit a suicide attack. Part of the Isamists’ propaganda effort that is supposed to showcase its fighter’s resolve and composure in the face of death, it really reveals just how ruthlessly the self proclaimed caliphate is killing of its own.

There is no glory in the saddening violence committed here, nor will there be any redemption through it. The only thing that comes from such acts is sorrow and destruction.

The boy shown in the propaganda film kisses his father’s hands for the last time, before supposedly blowing himself up in an explosion seen near the end of the video.

His father helps him to enter the heavily armored vehicle: 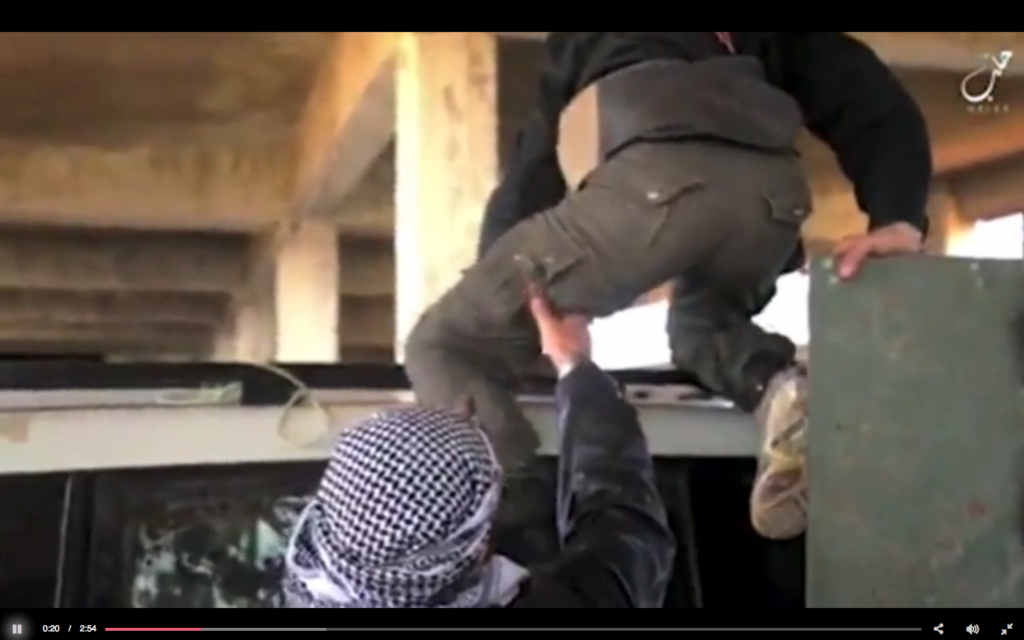 The boy then kisses his father’s hand for the last time: 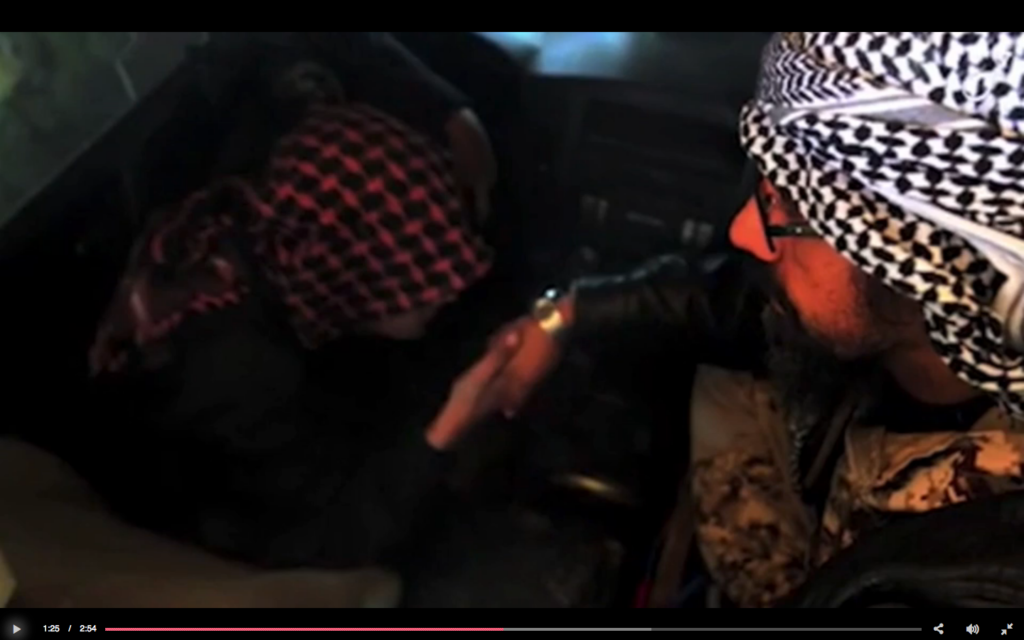 He doesn’t look much older than 13. 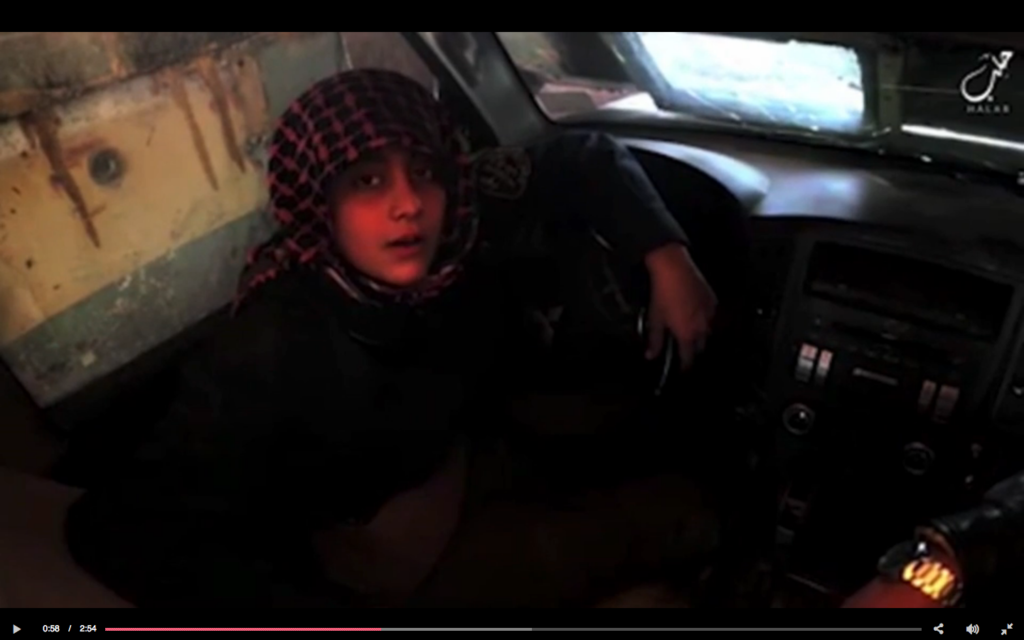 The car is laden with explosives. 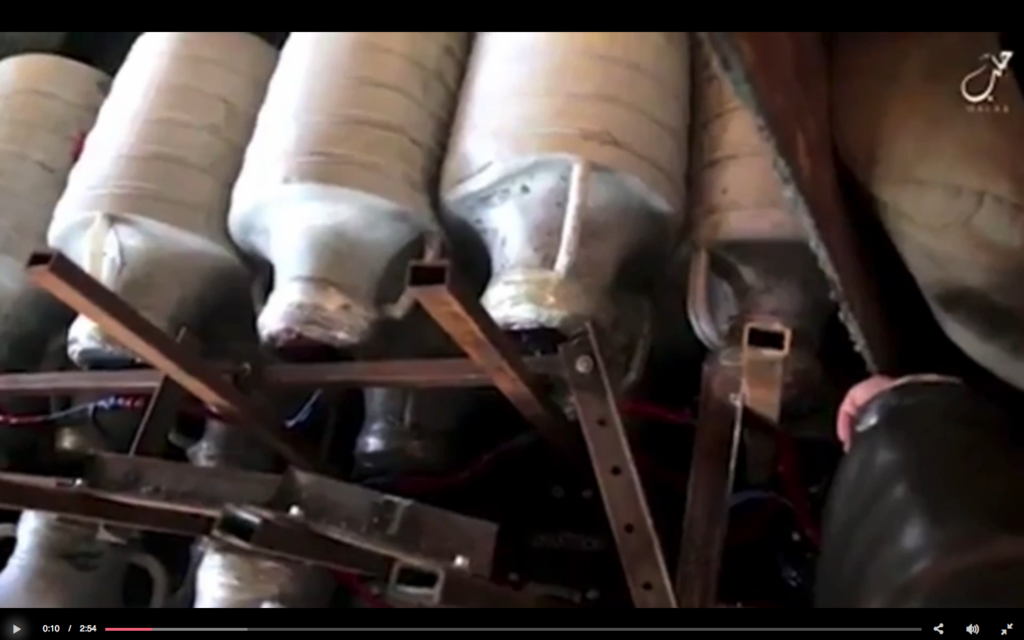 The boy drives off in the armored SUV 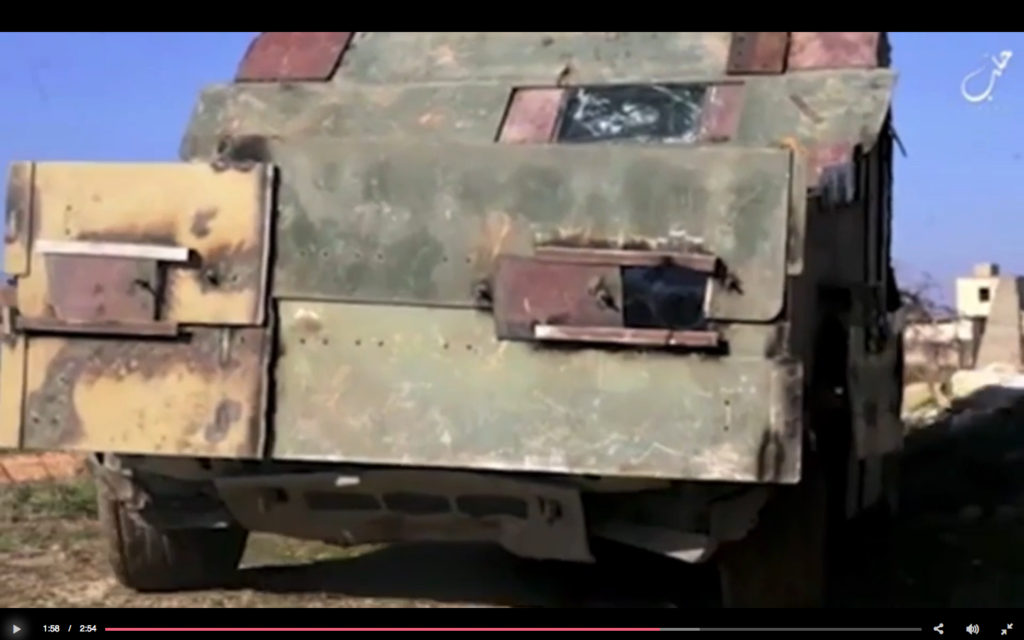 Later an explosion is shown at the horizon. 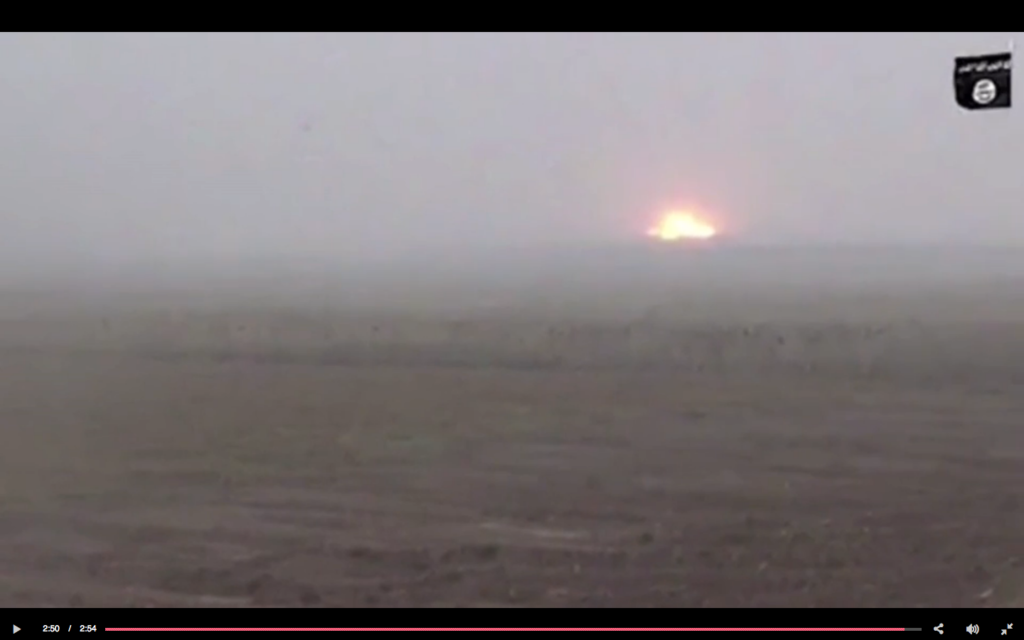 Irrespective of whether the footage is real or staged, it once again reveals a high degree of media savy on part of the Isamic State.
These are not mindless brutes, but highly professional, unscrupulous gangsters who will stop at nothing to reach their goals. Even if it means exploiting the naive faith of children who have never learned about the true teachings of the Koran, and even taking their lives.
The story behind the film, in any case, is very real. In 2015 a total of 89 minors died in the service of the Islamic State, according to a study by the Combating Terrorism Center at West Point Military Academy.

Read here, why ISIS is NOT an Islamic state, NOT true Islam or in the tradition of the Prophet, but a pure anti-Islamic tyranny of sinners.