HOW ONE DEAD TURTLE BECAME THE SYMBOL OF VIETNAM

HOW ONE DEAD TURTLE BECAME THE SYMBOL OF VIETNAM

Vietnam faced some tragic news, when it was reported that Cu Rua, the sacred Yangtze giant soft-shell turtle of the species type Rafetus Swinhoei passed away. The animal was one of the last of its species and a symbol of high importance for its country.

Even though Vietnamese cuisine offers some dishes with reptiles, the turtle has never been on the menu. In order to appreciate the importance of this sacred animals’ death for the country, you have to travel back quite some time. Vietnam has a deep and superstitious culture that traces its influence back to the days of Confucius.

The beginning of a legend

Legend has it that back in 15th century, a magic sword was borrowed by a nationalist hero, Le Loi. He used it fighting against Chinese forces who then occupied the country. The brave fighter returned the sword to a golden turtle in Hoan Kiem Lake in central Hanoi. The lake retained the name from the story: “Lake of the Returned Sword”. 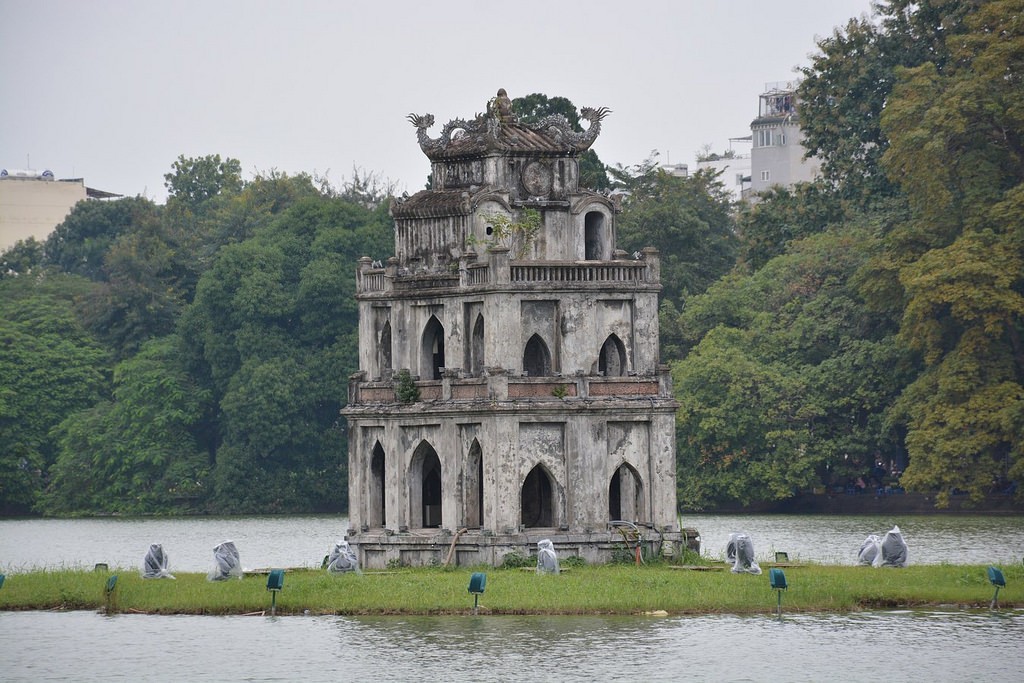 There are three more animals that the Vietnamese consider sacred, but the turtle is the only real figure next to the dragon, phoenix and unicorn. This makes the turtle the perfect link between an old spiritual world, and the here and now. Cu Rua was called “Great grandfather” – even though it turned out that the old gentleman was a lady – and stated a national symbol of security, victory and independence.

The impact of a turtle on politics

It comes as no surprise that the news about Cu Ruas death is interpreted as a bad omen for most people in Vietnam. The day Cu Rua passed away, the communist party elected the top-leaders for the upcoming years. In a dawn of panic the government wanted to hide the news in order to ensure “a cheering welcome to the congress”. This then turned into an instruction to keep reports “scientific”, after the news already spread across the country. Some say it means a bad omen for both party and nation, whereas others argue it might not mean an end, but a reformation.

“People say the turtle’s death is bad luck, and a way for the gods to show that something is about to happen,” said Nguyen Thien Hung to The New York Times, the caretaker of the Vu Thach Buddhist temple.

Two countries and a turtle

The death of the turtle will have an impact on Vietnamese foreign policy as well. Since Le Loi and his sword fought against China, the fear of the big and powerful neighbor is still around. The day Cu Rua died, a discussion about Vietnam’s dependence on China reached a peak. That day Vietnam’s foreign minister reached out to China to talk about an oil rig that was found in disputed waters.

Nature as a peacemaker?

Nature has its own humorous stories, and it might bring rivals Vietnam and China closer to each other. Cu Rua was one of the last Yangtze giant soft-shell turtles in the world. There’s one male turtle that still lives in Vietnam and China happens to be home to one of the last females of its species. We will see if China and Vietnam will find a way to save the Yangtze giant soft-shell turtles from extinction.

In the meanwhile Cu Rua will find its peace. Public authorities are to discuss whether she should be preserved and remain with the state, as with other national heroes.