The Mullahs need Naval Bases in Yemen and Syria, says Chief of Staff of the Armed Forces

The Mullahs need Naval Bases in Yemen and Syria, says Chief of Staff of the Armed Forces

Chief of Staff of the Armed Forces in Iran, Major General Mohammad Hussain Bagheri, has stressed that his regime needs overseas naval bases in Syria and Yemen.

“Maybe, at some point, we will need bases on the shores of Yemen and Syria.”

This kind of statement is sure to ratchet up tensions across the Gulf.

General Bagheri is underlining Iran’s need to boost the Islamic Republic’s deterrent power by setting up these overseas naval bases, saying that these bases may be needed in the future.

He has also underlined his desire for Iran to have navy fleet in the Indian Ocean, similar to the one stationed in the Sea of Oman.

He says, “Having naval bases in remote distances is not less than nuclear power. It is ten times more important and creates deterrence”.

Iran regularly sends its warships to the Gulf of Aden to fight piracy. It also conducts occasional naval maneuvers in the Persian Gulf and the Sea of Oman.

“When two thirds of the world’s population lives near shores and the world economy depends on the sea, we have to take measures. Though there is a need for the time for these (steps).”

Bagheri has added that setting up naval platforms off the shores of those countries requires “infrastructures there first”.

Who is this young general? 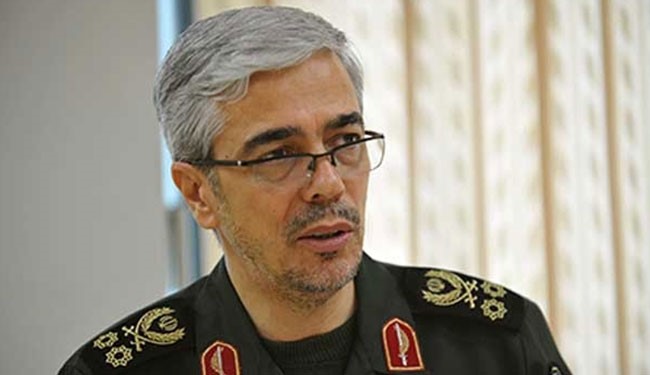 The problem with Iran’s desire to is that the Gulf States have been perennially uneasy over Iran’s ambition to expand its power and influence beyond its borders. They argue that the nuclear deal that was signed with world powers, including the U.S. would embolden Iran to act on such threats.

Iran supports and is also believed to fund religiously oriented militias in Iraq, Lebanon and Yemen – through which it is alleged to follow through with it’s ambitions of expanding power.

On Saturday, Iraq’s parliament passed a highly controversial bill, institutionalising Iran-backed Shiite militias – the same militias that are accused of sectarian killings and of serving Iran’s interests in war-torn Iraq.

The move was condemned by Sunni politicians as being part of a ‘dictatorship of the majority’.

The country has dozens of warships and light and Kilo-class submarines. It has hundreds of speed boats too, four of which harassed a U.S. warship earlier this year.

Iran is currently helping the Shiite Houthi rebels in Yemen and the Syrian government in their fights against the extremist Islamic State group.