Has to double support in New Hampshire or out

Has to double support in New Hampshire or out

This will be the state where Jeb Bush’s fate in the 2016 GOP primary race is decided on February 9th.

His strategy rests firmly on a “strong showing” in New Hampshire, the second state to vote in the primaries after Iowa. Or he is out of the race. He must beat Rubio and needs to double his supporters.

This seems like a Mission Impossible. But before The Trump popped up, Jeb had 16.3 percent of the GOP supporters July 11, 2015. Will they come back?

His chances are maybe around 10-20 percent, not more. A supporter of Bush told Globalo quite frustrated: “We tried everything to stop Trump. Nothing worked.”

Iowa, where the caucus date is set for February 1st, is already a lost cause for Jeb.

His only goal in the state is to prevent Marco Rubio from coming too close.

The rational is simple: Trump and Cruz, the two strongest candidates in the polls right now, are both deemed unacceptable by the Republican establishment, and likely also by general election voters.

Donald Trump, who is not considered even a party member, is likely seen as a bigger threat than Ted Cruz, given his commanding lead in national polls.

But Ted Cruz, who is leading in Iowa is also a far cry from an establishment darling. Having spent most if his career insulting party colleagues, he faces an uphill battle as conservative power brokers will be extremely reluctant to lend any support to his campaign.

For Bush, Rubio, and even Chris Christie, this means that the spot in 3rd place behind the two troublemakers, could actually be exactly where they want to end up in early voting.

At some point, likely before Super Tuesday, the establishment will have to pick an acceptable alternative, and this is the position that all other candidates, but mainly Bush and Rubio are competing for.

Bush still has 100 million dollars left in his war-chest, stemming from the time when he was considered the inevitable front runner, and leads in the endorsement primary. A large chunk of that money is sure to flow into New Hampshire ad-buys.

A strong showing in New Hampshire, where he absolutely has to finish before Rubio, will be his last and only chance to get into that comfortable position of establishment candidate, which secured Mitt Romney the nomination in 2012, after the Republican party really took the fight to Gingrich and Santorum. 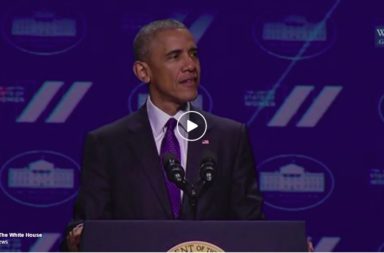 ALL ABOUT THE TUBMANS!