Solidarity all over the world

Solidarity all over the world

What is trending?  #Brussels.

Solidarity with the people in the capital of Belgium in the heart of Europe.

The world was shocked, when Brussels was hit by two terror attacks, that morning by extremists targeting the underground and the airport. About 34 died in the two apparent suicide bombings. Social media than was torn apart between those who believe in Islam as being peaceful and those who reason it to promote conflict, but both groups are using the same hashtags.

After all that took place in Brussels, more and more people have taken to social media to express their views and send out messages creating a web of network for many.

Twitter received a million tweets during the Brussels attacks, and still continues to have more tags trending ever since.

It has helped in connecting many, from people who need help to all the assistance and kind words along with staunch intentions put out throughout the world.

Some of the trending hashtags that were seen during and are still active are as following: Brussels attack

#Brussels love seeing the people coming together in l❤️ve pic.twitter.com/J7r5a4jlTU

On 22 March 2016, morning three coordinated nail bombings occurred in Belgium: two at Brussels Airport in Zaventem, and one at Maalbeek/Maelbeek metro station in Brussels. It claimed at least 35 victims and three suicide bombers were also killed; more than 300 people were injured. Hours after the attack, public took to twitter posting photographs and videos of that they had witnessed.

The only reason it’s trending is because of people wanting to debate terrorism, religion and racism. But there are always those who are swift to make tragedies out into political agendas.

The hashtag #StopIslam is now trending across the world as social media users discuss the Brussels terror attacks. This provocative hashtag was started by people who believed that Islam encourages its factions to carry out attacks on non-Muslims. However, this is a wrong ideology as Islam in principle, encourages peaceful co-existence. Read more about it here.

Bruxelles (pronounced Brussel in English) is the area that extends beyond the administrative boundaries of the Brussels-Capital Region, and the center of which lies the city of Brussels itself. Institutions like the European Union, as well as many international organizations, including the NATO , have their headquarters in the Brussels. Most people in Europe hence took on to twitter with the hashtag bruxelles to pay homage to their own language, and has even caught on with the rest of the world.

People are using this hashtag to express solidarity with Belgium in the wake of the terrorist attacks. After the explosions on Tuesday morning, #JeSuisBruxelles, #PrayForBelgium, and #Brussels are still the trending worldwide. Cartoonist Jean Plantureux too created “Le Monde”, he is also better known as Plantu. It has become a worldwide symbol with France’s flag hugging Belgium’s flag alongside the dates of the attacks. In two hours, more than 4,000 people had shared his work on Twitter.

Stories of victims in the #Brussels attacks are emerging as loved ones struggle to know more https://t.co/CaGSPJemeV pic.twitter.com/ntLWEstFVg

The rest of the world simply used the hashtag Brussels, along with mournful photographs to show the world the deep sadness that had befallen the nation.

Twitter is reacting to #BrusselsLockdown with pictures of cats.

Brussels had entered its third day of lockdown over fears of terror attacks that mean the metro was closed, schools were shut and businesses closed. Authorities also asked the people to not post sightings of police as they carry out raids. So they found a different way to react to the fear-provoking situation. With the help of, well cats!!

Because you CANNOT be afraid of that face.

Belgians are using hashtag  ikwilhelpen which means I want to help to help coordinate rides, places to stay and other activities to just provide some sort of relief to those in distress.

Many are using “Porte Ouverte” which means open door to share some assistance to those in Brussels who do not have any place to go to. This hashtag was seen earlier during the Paris attacks too, to provide some help in any form.

In Belgium, a cluster of hashtags like “Brussels lift,” “open house,” “I want to help” and “open door” started trending as people offered help to all those left marooned by the airport being closed and the city’s transport network.

In the day of my trouble I shall call upon You, for You will answer me.
–Psalm 86:7 #PrayforBrussels pic.twitter.com/17POU69F5M

People from all over the world came together using the hashtag “Pray for Brussels”. Through prayer the world mourned the deaths of those departed and also held those who had lost someone near to them to the tragedy.

“Pray for Belgium” was also among the popular Twitter slogans, used tens of thousands of times in hours after the attacks. A popular memes used versions of the famous Belgian character Tintin and many people posted images incorporating the black, yellow and red of the Belgian flag. 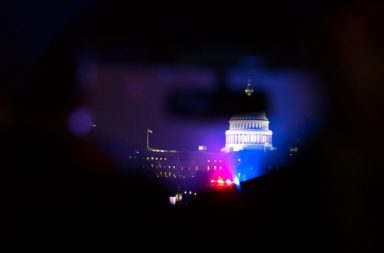 The Twitter-President of the Un-United States of America 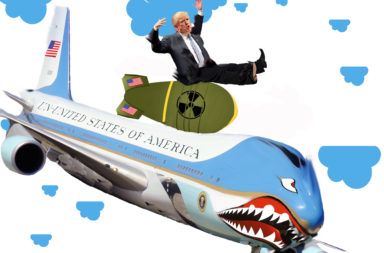 Crazy America: More than 40 % will vote for a President with Nukes who cannot even control his Twitter