Mass Shootings in the United States - What You Need to Know

Mass Shootings in the United States - What You Need to Know

After the deadliest mass shooting in American history that left over 50 dead and hundreds wounded, what can we learn?

After the deadliest mass shooting in American history that left over 50 dead and hundreds wounded, what can we learn?

America has experienced yet another mass shooting, this time at the Mandalay Bay Resort and Casino on the strip in Las Vegas, Nevada. It is reportedly the deadliest mass shooting in U.S. history.

“Not an avid gun guy at all…where the hell did he get automatic weapons? He has no military background,” gunman’s brother says pic.twitter.com/EMSKLQGYFM

ISIS, with no evidence, claimed Monday’s deadly shooting in a series of statements released through their Amaq News Agency. Senior U.S. officials have said there was no evidence to back up ISIS’s claim. In recent months, the terror group has falsely claimed responsibility for numerous incidents, most notably a botched robbery in the Philippines.

Recent research debunks some of the common misconceptions that are creeping into discussions that spring up whenever a mass shooting occurs.

A study conducted on mass shootings indicated that this phenomenon is not limited to the United States.

Mass shootings also took place in 25 other wealthy nations between 1983 and 2013, but the number of mass shootings in the United States far surpasses that of any other country included in the study during the same period of time.

The U.S. had 78 mass shootings during that 30-year period. The highest number of mass shootings experienced outside the United States was in Germany – where seven shootings occurred. In the other 24 industrialized countries taken together, 41 mass shootings took place.

In other words, the U.S. had nearly double the number of mass shootings than all other 24 countries combined in the same 30-year period. 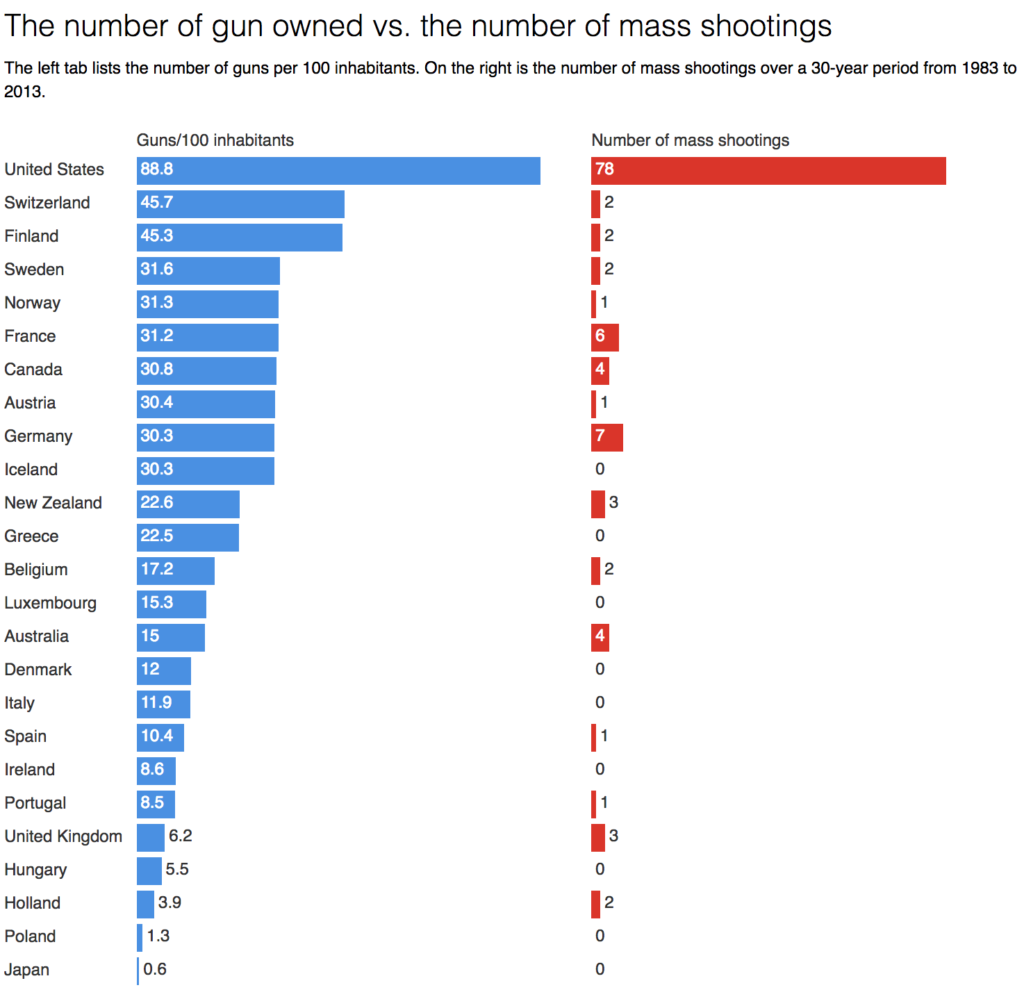 Similar results have been found by the United Nations Office of Drugs and Crime, which states that countries with higher levels of firearm ownership also have higher firearm homicide rates.

A recent study published by the Harvard Injury Control Research Center shows that the frequency of mass shooting is increasing over time. The researchers measured the increase by calculating the time between the occurrence of mass shootings. According to the research, the days separating mass shooting occurrence went from on average 200 days during the period of 1983 to 2011 to 64 days since 2011.

Due to the Second Amendment, the United States has permissive gun licensing laws. This is in contrast to most developed countries, which have restrictive laws.

According to a seminal work by criminologists George Newton and Franklin Zimring, permissive gun licensing laws refer to a system in which all but specially prohibited groups of persons can purchase a firearm. In such a system, an individual does not have to justify purchasing a weapon; rather, the licensing authority has the burden of proof to deny gun acquisition.

By contrast, restrictive gun licensing laws refer to a system in which individuals who want to purchase firearms must demonstrate to a licensing authority that they have valid reasons to get a gun – like using it on a shooting range or going hunting – and that they demonstrate “good character.”

In most restrictive background checks performed in developed countries, citizens are required to train for gun handling, obtain a license for hunting or provide proof of membership to a shooting range.

Individuals must prove that they do not belong to any “prohibited group,” such as the mentally ill, criminals, children or those at high risk of committing violent crime, such as individuals with a police record of threatening the life of another.

Here’s the bottom line. With these provisions, most U.S. active shooters would have been denied the purchase of a firearm.

#5: Not all mass shootings are terrorism

Journalists sometimes describe mass shooting as a form of domestic terrorism. This connection may be misleading.

There is no doubt that mass shootings are “terrifying” and “terrorize” the community where they have happened. However, not all active shooters involved in mass shooting have a political message or cause.

For example, the church shooting in Charleston, South Carolina in June 2015 was a hate crime but was not judged by the federal government to be a terrorist act.

The majority of active shooters are linked to mental health issues, bullying and disgruntled employees. Active shooters may be motivated by a variety of personal or political motivations, usually not aimed at weakening government legitimacy. Frequent motivations are revenge or a quest for power.

#6: Historical comparisons may be flawed

Beginning in 2008, the FBI used a narrow definition of mass shootings. They limited mass shootings to incidents where an individual – or in rare circumstances, more than one – “kills four or more people in a single incident (not including the shooter), typically in a single location.”

In 2013, the FBI changed its definition, moving away from “mass shootings” toward identifying an “active shooter” as “an individual actively engaged in killing or attempting to kill people in a confined and populated area.” This change means the agency now includes incidents in which fewer than four people die, but in which several are injured, like this 2014 shooting in New Orleans.

This change in definition impacted directly the number of cases included in studies and affected the comparability of studies conducted before and after 2013.

Some researchers on mass shooting, like Northeastern University criminologist James Alan Fox, have even incorporated in their studies several types of multiple homicides that cannot be defined as mass shooting: for instance, familicide (a form of domestic violence) and gang murders.

In the case of familicide, victims are exclusively family members and not random bystanders.

Gang murders are usually crime for profit or a punishment for rival gangs or a member of the gang who is an informer. Such homicides don’t belong in the analysis of mass shootings. 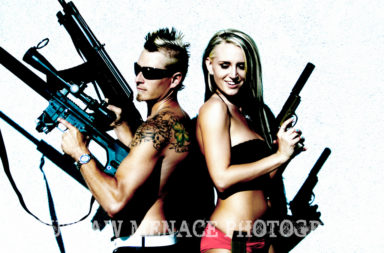 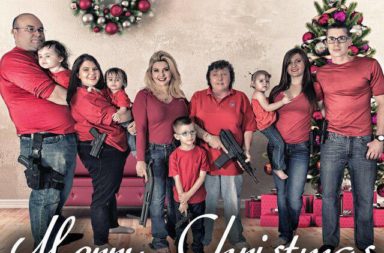