Snipers opened fire during a protest against police violence

Snipers opened fire during a protest against police violence

A peaceful protest in Dallas Texas turned deadly as Police Officers were marked for death, taken out by a sniper

After an already horrible week of violence in the United States, first with Alton Sterling, and then with Philando Castile, the death toll rose drastically last night at a protest in Dallas. A protest that was against police violence had the tables turned as at least two individuals opened fired on the police, killing at least five officers and wounding six others.

The attacks were coordinated by four suspects, the police believe, with snipers taking positions in nearby parking garages to triangulate the angles of fire.

The protest started just as any other with peaceful resistance and a police presence to make sure things do not get out of hand. But soon after, things took a horrific turn for the worse, as shots began to ring out and officers began to drop. The scene was utter chaos, as people ran for cover, and other officers herded protesters to safety.

A fourth suspect was surrounded in a parking garage and was negotiating with police, as the suspect claimed that there were “bombs all over the place”, and that the end was near and they were going to kill more police. A Dallas PD detective has confirmed that the suspect is dead and two suspicious devices were found. The suspect was killed by a bomb robot used by the Dallas PD. These robots are usually reserved for disarming bombs, but the police equipped the robot with an explosive to take out the suspect.

No specific information or details of the suspects have been released at this time. However, reports say that at least one suspect was black and said that he “wanted to kill white people”.

One of the initial suspects, Mark Hughes was seen carrying a firearm and wearing a camouflage shirt, similar to the attackers. His face was plastered all over the news, and video emerged of him handing his weapon over to the police, and he has been released from custody, apparently no longer a suspect. No apology has been issued by the media for falsely accusing this man in being complicit in such a horrible act of violence.

A controversy arose during this, as a former Congressman, Joe Walsh made threats against the President in a now deleted tweet

He has retracted the tweet saying that he never meant to threaten the President or anyone, but he said:

The Mayor of Dallas, Mike Rawlings, spoke last night about the tragedy, that it was “a heartbreaking morning” and “we as a country must come together, lock arms, and heal the wounds that we all feel from time to time. Words matter.”

President Obama spoke yesterday about the shootings of Alton Sterling and Philando Castile saying that “To admit we’ve got a serious problem in no way contradicts our respect and appreciation for the vast majority of police officers who put their lives on the line to protect us every single day. It is to say that, as a nation, we can and must do better to institute the best practices that reduce the appearance or reality of racial bias in law enforcement.”

Today, President Obama spoke from Warsaw about the attack. he said that “there is no possible justification for these kinds of attacks…Justice will be done.”

He reiterated that we “need to be concerned about the racial disparities” and that when people are armed with powerful weapons, it makes these attacks “more deadly”. 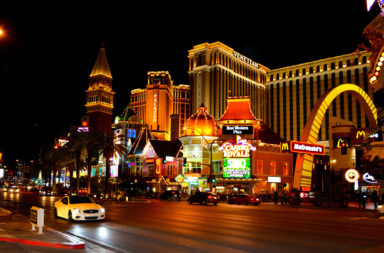