It is really depressing that Republicans and Democrats working together is actually news, rather than normal everyday actions.

We all can agree that poverty is a terrible thing. Having no money for food or clothing is devastating, and people often get trapped in the cycle of poverty. But each political party has different ideas on how to tackle this problem.

Finally though, party lines have been crossed and a plan is in place, but a lot is missing.

What is the “Cycle of Poverty”?

The cycle of poverty is that people get stuck as they are unable to save money or move up to get out of poverty. As a result, their children do not get the resources necessary to escape poverty later, and the influences around them trap them in poverty for their whole life. As said in a fantastic speech at Harvard this year, “Injustice is telling them education is the key while you continue to change the locks.”

This “cycle of poverty” has not been helped by the de-industrialization movement, as low skill manufacturing jobs have left America. Now there is a significant gap between high wage high skill work, and the low wage low skill work that is typically confined to the service sector, which has begun to implement cost saving practices of employing far more “part-time” workers rather than full-time employees.

So as it gets more difficult to find a job with benefits, and wages stagnate, many are finding that welfare benefits pay enough for them to survive, while working under the table for some extra income.

What Does This Latest Plan Do? 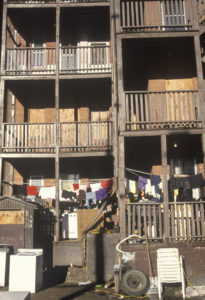 Not everyone is on board with this plan, as Michael Tanner, a senior fellow at the Cato Institute expressed concern over the formula which sounds more like a marketing pitch than an effective and researched plan. But everyone can agree that better targeting of the limited federal funds is critical to the success of eliminating poverty.

What Are the Problems?

There is one fundamental problem that is not addressed, and that is the issue of single parents with extremely young children. 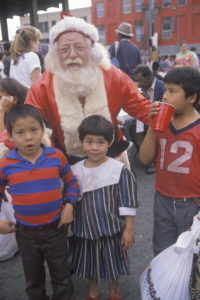 It’s nice if you have a salary position with medical, dental and maternity leave; you can take the time you need to care for your child, all the while your job is safe. This is not the case with a lot of service level positions, which are often held by low-income single parents.

Imagine this: You are a 22 year old single woman who works at a restaurant as a server 36 hours per week (the company refuses to give you 40 hours, because then you would be full time and they would have to pay for benefits) and you suddenly find out you are pregnant. The father is nowhere to be found, and you are on your own. When the baby comes, you don’t have maternity leave, severance, or anything to get you through. The next time that you are able to work is once you put your child in Head Start, which starts at age 3, or if you can get your child into an Early Head Start Program which can start as early as birth. However, across the program, there are only 945 thousand spots, and there is no guarantee that you will be able to get your child in. This drops significantly for Early Head Start programs, as there are only 150 thousand spaces available in the country. According to the National Center For Children in Poverty, at least 5.5 million children under the age of 6 are living in poverty, with this number rising to 10.9 million if you include low-income families. With only roughly 1 million spaces available in Head Start, roughly 90 percent of young children in poverty have no options for early education, requiring parental supervision at home.

So if you are one of the extremely lucky people to get into an Early Head Start program, you can keep your job. But for the vast majority of people they would not be able to work, as they must take care of their children, trapping them into needing welfare benefits to survive.

Daycare in the United States is also extremely expensive, and the new poverty plan provides no assistance for daycare. In fact, daycare cost often matches or exceeds the wages of these low income single parents, making it impossible to work while raising their child.

So this new program is a great step forward. It truly looks for a new solution to targeting places with systematic poverty problems, not just in cities, but in more rural places like West Virginia, which are areas that have been ignored in the past, as the population is too small to be considered a place where funding could make a large scale difference.

This plan aims to change the perception that focusing funds in the largest areas is the best solution: in fact the small amount of money going to a small community in the country could actually have a much larger impact than a pitifully small amount of funds in a large city with a massive poverty problem. But while the plan is still progress, it is important to remember that it does little to assist the most vulnerable portion of those in poverty: single parents with young children.