A New Pieta For Peace: South Korea Apologizes to Vietnam

A New Pieta For Peace: South Korea Apologizes to Vietnam

Perhaps Other Nations Can Learn From This Example

Perhaps Other Nations Can Learn From This Example

Most people are aware of the horrible things done to the Vietnamese people during the Vietnam War. But what many people don’t know is that South Korean troops were involved in these atrocities as well.

It was only just this year that the Korean people extended an olive branch, with the help of two artists: Kim Seo-kyung and Kim Eun-sung.

Kim Seo-kyung and Kim Eun-sung are known for creating controversial art addressing war-time atrocities, most notably these two artists created the famous comfort women statues that were erected across South Korea as well as in the United States, commemorating the Korean women who were forced into sexual slavery by the Japanese. 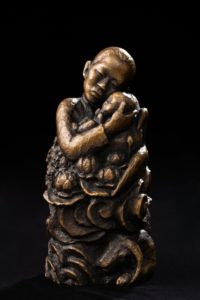 The couple’s most recent creation is called the “Vietnamese Pieta”, a statue styled after the famous Pieta by Michaelangelo. The statue was created to commemorate the victims of multiple massacres during the war.

The artists are supported by the Korean-Vietnamese Peace Foundation, which was established in 2015. The head of the foundation, Professor Roh Hwa-wook visited Vietnam in February, with the purpose of apologizing to the Vietnamese people for the massacres perpetrated by Korean soldiers. He said, “As the relations between Vietnam and South Korea get better and better, I think we can no longer postpone our repentance for what we did in the war in Vietnam.”

The statue is currently in Seoul, however the Foundation is raising money to cast replicas to place around both Korea and Vietnam.

One of the artists, Kim Seo-kyung, said “Just as ordinary Japanese civilians’ willingness to care about comfort women induced more Japanese to become aware of the issue, we need to start the movement to see what was done and how some Koreans once victimized others,” she added.

The couple’s first statue created great deal of controversy, with disputes in Sydney and Los Angeles. The statue in Los Angeles has been the subject of intense debate, with an Appellant Court ruling in favor of the statue earlier last month.

Just last week, the Japanese Government approved a transfer of 1 billion yen (~$10 million dollars) to fund set up for the surviving comfort women in Korea, the latest step in acknowledging wartime atrocities between nations.

Perhaps other nations will learn and begin to repair ties, acknowledging the evils of their past and apologizing for acts committed by their ancestors. 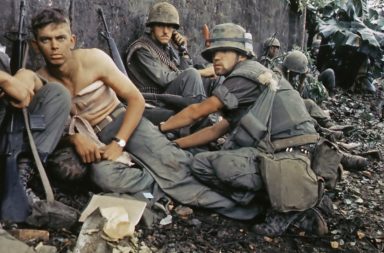 Did Donald Trump Dodge The Draft-Avoid Vietnam and Sacrifices?