The latest in his purge for power

The latest in his purge for power

Two members of the North Korean regime were executed recently, according to sources within South Korean intelligence.

The two killed were former Agriculture Minister Hwang Min and Ri Yong-jin, a high ranking member of the Education Ministry.

Information is difficult to come by, but reports from Joongang Daily, a leading South Korean News outlet, said that sources claimed that Hwang Min was executed for pushing policies that were against the ideas of the Supreme Leader Kim Jong-un. His ideas were seen as challenging the Supreme Leader.

Ri Yong-jin is a different story. He was reportedly executed for falling asleep during a meeting, signaling disrespect towards the Supreme Leader.

The executions were carried out with an anti-aircraft gun, similar to the one pictured here: 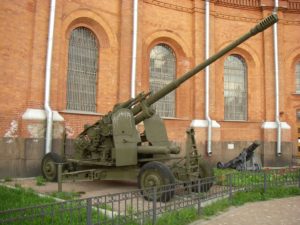 These executions are just the latest in a series of executions carried out by the Supreme Leader.

As Globalo has previously reported, Kim jong-un is having issues holding onto power.

As the youngest child, he has to work to prove that he is the rightful heir, and he works to stop all possible avenues of dissent and rid the country of potential usurpers.

This started back in 2013 with the execution of his uncle, Jang Song-thaek, who was executed for attempting to overthrow the ruler when he met with the Chinese, however speculation is that Song-thaek was secretly trying to meet with Kim Jong-nam, the eldest brother of Kim Jong-un.

Ever since 2013, Kim Jong-un has been attempting to eradicate all influence of his uncle, renaming all of his former uncle’s businesses from a Kimchi factory to a high end mall in the city frequented by the elites and tourists.

Another major reason why he is executing people is to keep them in line.

North Korea has been in the news for some very high profile defections, including the second highest ranking diplomat in London, Thae Yong-ho, and Kim Jong-un is using executions to send a message to the political elite. He is trying to regain complete dominance of the country in the way that his father and grandfather did.