A technical error has enabled Internet users around the world to look at the North Korean Internet, or lack thereof.

An entire total of 28 pages populate this network ending .kp

This number is lower than even the fictional Internet world of “Grand Theft Auto V”, which clocks in at 86 fictional websites, and unsurprisingly pales in comparison to the 16 million German addresses (.de). Previous reports suggested the North Korean Internet was significantly larger – around 55,000 websites.

The websites are still available, although may take a while to open!

Among the websites are a flight ticket website, a cooking site, a film website, a few educational sites, the North Korean tourist board, news agencies, and a social sciences website. Also to be explored is an apparent social networking site, “Friend.”

As expected, most of the new stories focus heavily on the supreme leader Kim Jong-un and his father Kim Jong-Il, or North Korea’s more recent nuclear weapons test. 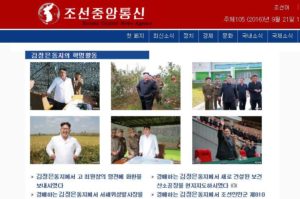 In North Korea the internet is accessed through an intranet sytem called “Kwangmyong” or “Bright” which was launched in 2000. It’s an internal network that includes a basic browser, search engine, email and news. These websites are hosted in China and is free to access for those with a computer.

But of course this means access for only a few thousand in a country of 25 million.

North Korea is isolation its people more and more. It is building atomic weapons and threatened the South and America several times. Read here the GLOBALO plan how to contain this land of George Orwell.