A Swiss government-sponsored unit of the Paris-based Organization of Economic Cooperation and Development (OECD) has defined world soccer body FIFA as a multi-national bound by the group’s guidelines. As a result, the group concluded that FIFA is responsible for the upholding of the human and labour rights of workers employed in Qatar on 2022 World Cup-related projects.

The decision by the OECD, which groups 34 of the world’s richest countries, in response to a trade union complaint about the violation of workers’ rights, rejected FIFA’s argument that the soccer body was a non-profit group and an association under Swiss law rather than a corporation and its attempts to absolve itself of responsibility for sub-standard labour conditions on projects that fall under the group’s contract with Qatar.

In its complaint to the OECD, trade union Building and Wood Workers’ International (BWI) asserted that the awarding of the 2022 World Cup to Qatar violated OECD guidelines given that the Gulf state’s widespread violation of human rights had long been known and documented. It said further that FIFA had failed to conduct due diligence, lacked a human rights policy as required by the non-binding guidelines, and had refrained from ensuring that its projects would not have an adverse impact on human rights.

FIFA while rejecting responsibility has said it was working with Qatari authorities to improve labour conditions in the Gulf state.

The OECD decision could not have come at a worse moment for FIFA, already embroiled in the worst corruption scandal in its history that has led to the suspension or banning of senior managers, including recently suspended president Sepp Blatter and Union of European Football Associations (UEFA) president Michel Platini, who both have close ties to Qatar.

A Swiss judicial enquiry is investigating potential wrongdoing in Qatar’s controversial bid while a US Department of Justice investigation into FIFA corruption could expand to include the Gulf state’s bid.

Qatar has said it had yet to be contacted by Swiss investigators but would fully cooperate with the enquiry. Qatar has repeatedly denied any wrongdoing in its controversial bid.

Qatar could also become a US justice department focus given that Singapore-based World Sport Group (WSG) is likely on the department’s radar because it acquired the international broadcasting rights of the Gold Cup and CONCACAF Champions League operated by the soccer confederation for North, Central America and the Caribbean together with Traffic, one of the sport marketing companies indicted in the US.

Traffic´s owner, Brazilian businessman Jose Hawilla, is cooperating with the FBI in its FIFA investigation, a lawyer for Mr. Hawilla told The Wall Street Journal. Under the agreement, Mr. Hawilla has admitted to crimes including money laundering, fraud, extortion, and has agreed to return $151 million in funds.

WSG has a $1 billion marketing rights agreement with the Asian Football Confederation (AFC) that was negotiated by then AFC president Mohammed Bin Hammam, a Qatari national who despite Qatari denials appears to have played an important role in the Gulf state’s World Cup bid.

Mr. Bin Hammam has since been banned for life by FIFA from involvement in professional soccer. A PricewaterhouseCooper (PwC) audit raised questions of potential bribery in the signing of the contract and advise the AFC to seek legal advice on either renegotiating or cancelling the contract.

AFC’s failure to act on PwC’s advice could dog the group’s president, Sheikh Salman Bin Ebrahim Al Khalifa, who is expected to announce his candidacy for the FIFA presidency in the coming days. FIFA is scheduled to elect a new leader in February to replace Mr. Blatter.

Mr. Blatter has long asserted that FIFA was not responsible for labour conditions in Qatar that have been denounced by international trade unions and human rights group as modern slavery even though he at times has called for reform of the Gulf state’s kafala or sponsorship system that put employees at the mercy of their employers.

Qatar’s 2022 Supreme Committee for Delivery & Legacy, Qatar Foundation and Qatar Rail have in response to the criticism adopted standards that go a far way to improve labour condition within the context of existing Qatari legislation. Qatar has yet to incorporate those standards in law.

Responding to OECD questions, FIFA asserted somewhat disingenuously that its Qatari counterparts, the Qatar Football Association (QFA) as well as the bid and supreme committee were organizations that were independent of the government.

In a further bow to trade union demands that Qatar allow the formation of independent trade unions and collective bargaining, Qatari players this month founded the Qatar Players Association (QPA).

“We want to provide all players with the necessary protection. Our aim is to support, advise and represent our members at the local and international organisations in case of disputes. The QPA wants to support the football system in the country. You’ve noticed some of the issues – financial and others – between the players and clubs in Qatar. The QPA wants to represent the players and thus reduce the pressure on the QFA,” said QPA president Salman Al Ansari.

Qatar has suffered significant reputational damage as a result of high-profile labour disputes with foreign players, whose careers were significantly disrupted because they were not allowed to leave the country for extended periods of time under the kafala system while they sought to resolve their issues.

The degree of social segregation in Qatar, a country in which foreigners account for more than 80 percent of the population was highlighted this month with the publication by the municipality and urban planning ministry of interactive maps that identify areas in which migrant workers cannot be housed.

The no-go zones that include central Doha are described as ‘family housing areas,’ which forces employers to house workers on the outskirts of the city. The ban does not apply to service sector personnel and professionals.

Writing in The Peninsula, Qatari columnist Rashed Al Audah Al Fadly complained that the long-standing ban was not being strictly implemented. “These bachelor workers are threatening the privacy and comfort of families, spreading like a deadly epidemic that eats through our social fabric,” Mr. Al Fadly said in a reflection of Qatari fears that their culture is threatened by the massive influx of foreign labour, some of which were contracted for World Cup-related projects.

More on The Turbulent World of Middle East Soccer 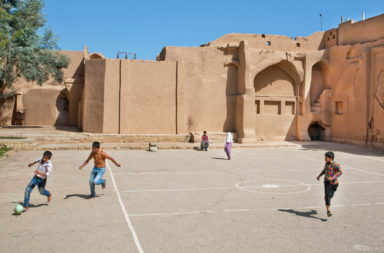 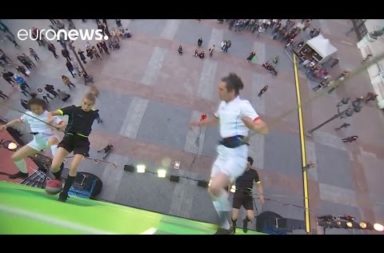 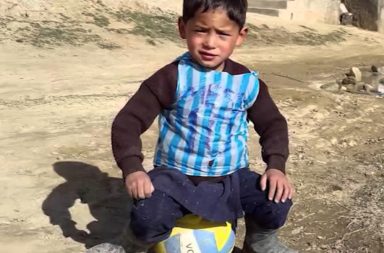 HOW A MESSI SOCCER FAN IN AFGHANISTAN WARMS OUR HEARTS