PARIS-ISIS SALAH ABDESLAM "WAS READY TO ATTACK IN BRUSSELS"

PARIS-ISIS SALAH ABDESLAM "WAS READY TO ATTACK IN BRUSSELS"

“The first comments coming from Salah Abdeslam yesterday was that he wanted to go to the Stade de France in Paris and he was to start bombing, but he stopped. We don’t know why, but he stopped. And the next information is that he was ready to restart something in Brussels,” he said. “And it’s maybe the reality because we have found a lot of weapons, heavy weapons, in the first investigations and we have found a new network around him in Brussels.”

He continued that, “after the terror attacks in Paris, I said to one TV channel in the U.S. that we were searching around 10 people with heavy weapons, we have far more than that since November and not only in Belgian but also in France. We are sure that for the moment we have found more than 30 people involved in the terrorist attacks in Paris, but we are sure there are others.”

Reynders spoke on the final day of the 11th Brussels Forum, an annual conference on transatlantic relations organized by The German Marshall Fund of the United States (GMF) and attended by heads of state, officials from the EU institutions and member states, U.S. officials, congressional representatives, parliamentarians, and academics.

Speaking on the same panel about counterterrorism, General Gratien Maire, French vice chief-of-defense, said that we all have to understand that establishing security is not a quick fix. “We are in a world today where everyone expects immediate results,” he said. “We know that it will take long time, so we have to be honest and clear with our population. I think that it will take time and it will cost money, for sure.”

Reynders concurred, saying, “military actions are needed, humanitarian help is needed but in the end, the only one way is to find the political solution for the different countries.”

In a related session about on-the-ground realities of countering terror in Iraq, Nada Mohammed Ibraheem Al-Jubori, a member of the Iraqi Council of Representatives, said that the schisms in her country will require direct action to heal. “We need a real amnesty. After eradication of ISIS, we need that. Because without it, that means that killing will continue in the area for sectarian reasons, for other reasons,” she said. “But without it, there is no mercy and there is no amnesty. That means they will kill each other for life.”

Nancy Lindborg, president of the United States Institute of Peace, agreed, saying there are particular problems now with the self-proclaimed Islamic State group or Daesh.

“After Daesh is cleared, you can’t just assume everyone will resume their lives. There’s enormous hatred, resentment, mistrust, lots of bad information.”

In a final session on security and counterterrorism, Farah Pandith, adjunct senior fellow with the Council on Foreign Relations and former U.S. State Department envoy to Muslim communities, said the challenge of terrorism is much larger than sometimes thought.

“The threat is far larger than ISIS. ISIS is not the last stop. The fight that we are fighting is the fight to stop the recruitment process,” she said. “The bad guys are demonstrating that there’s only one way to be Muslim, that there’s a model, that you’ve got to do this. What we haven’t seen is the push back on that, that there’s a diversity of Islam on the planet and you need to learn about it.”

During the same session, Nick Rasmussen, director of the U.S. National Counterterrorism Center, explained that the United States is focused on two types of terrorist threat. The first, he said, is the threat that has been faced for several years, with individuals supported by organizations leaving safe havens to make their attack.

The second, “is one we are particularly focused on in the United States and that is the threat of the lone terrorist actor who doesn’t come connected in a formal or direct way with a terrorist organization,” he said, “who is nonetheless moved, inspired, or instigated to carry out a violent act, to maim, to kill, to shoot, to stab. The individual is a very, very different challenge for us as a counterterrorism community.”

Pandith said that governments have a hard time adapting to changes in the landscape of terror.

“We aren’t nimble enough in government, and our structures are not fast enough to be able to go at pace with what the bad guys are doing. They are consistently moving things on Twitter, and we are getting clearances on whether or not we think that thing is going to hit,” she said. 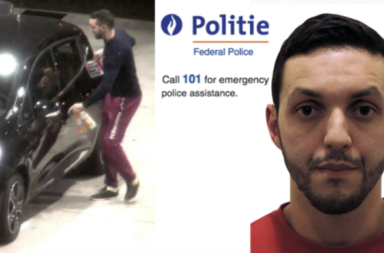 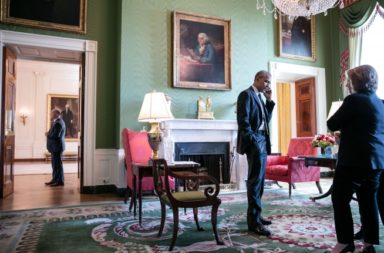