What a Global Refugee Crisis with 65 million People Displaced

What a Global Refugee Crisis with 65 million People Displaced

34,000 people are forcibly displaced every day

34,000 people are forcibly displaced every day

The Refugee Organization of the United Nation (UNHCR) stated:

“We are now witnessing the highest levels of displacement on record.
An unprecedented 65.3 million people around the world have been forced from home. Among them are nearly 21.3 million refugees, over half of whom are under the age of 18.
There are also 10 million stateless people who have been denied a nationality and access to basic rights such as education, healthcare, employment and freedom of movement.
In a world where nearly 34,000 people are forcibly displaced every day as a result of conflict or persecution.”

Therefore US President Barack Obama believes that the refugee crisis should be urgently tackled by global leaders.

The violence in Syria makes headlines around the world, and political leaders are divided about the ensuing refugee crisis. Some leaders believe that it is the world’s moral duty to accept refugees into their safer countries, while others claim it could become a security threat.

In fact, not very long ago, Britain’s UKIP party used this discriminatory poster to leverage votes before the Brexit decision:

The EU has failed us all. pic.twitter.com/Lb7txUghar

Nigel Farage claimed that the EU was ‘failing’ because it welcomed and accepted refugees. How horrendous!

Thankfully, US President Barack Obama seems to share a different opinion during his public speeches. Obama feels that the refugee crisis is something the world should take notice of , and should help to solve. He shared these claims during the United Nations General Assembly summit in September this year.

Al Jazeera shared this video explaining the importance of this summit:

Verbatim, here is what Obama said during a meeting after the UN General Assembly summit: He called the refugee crisis “one of the urgent tests of our time” and “a test of our common humanity.”

The UN General Assembly even adopted the New York Declaration on Refugees, promising to help displaced people as much as possible. While several skeptics questions whether this will actually translate into any useful action, the numbers seems quite promising.

According to a statement released by The White House, global commitments added to a $4.5bn increase over 2015 levels and participating countries “doubled the number of refugees they resettled or afforded other legal channels of admission”. 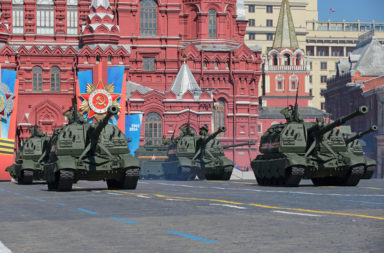